Movie Review of "A Wrinkle In Time"- Part II

A WRINKLE IN TIME is director Ava DuVernay's adaptation of Madeleine L'Engle's beloved 1962 Newbery Medal-winning fantasy book. It tells the story of 13-year-old Meg Murry (Storm Reid), a middle schooler who's been floundering since the disappearance of her renowned physicist father, Dr. Alex Murry (Chris Pine), four years earlier. After a public confrontation with a mean-girl bully, Meg is surprised to find that she's made a new friend, Calvin O'Keeffe (Levi Miller). Meg's genius little brother, Charles Wallace (Deric McCabe), introduces Meg and Calvin to Mrs. Whatsit (Reese Witherspoon), Mrs. Who (Mindy Kaling), and Mrs. Which (Oprah Winfrey), all of whom reveal that Meg and Charles Wallace's dad isn't dead. But to save him, they must travel across time and space to rescue him from an encroaching darkness called "The It." On different planets, the trio of kids follow intergalactic breadcrumbs to search for Dr. Murry, but the darkness threatens each step they take, putting their lives and their ability to return to Earth in danger. 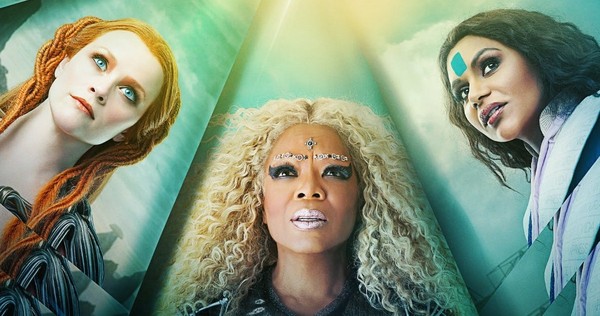 This big-hearted adaptations payoff is more emotional than technical, but, thanks to touching performances, inclusive themes, and inspiring messages, it's easy to appreciate it. Meg is now a biracial middle-schooler who's struggling to fit in at her middle school. Like many teens who feel out of place, she's a lonely misfit who suffers under the wrath of the popular girls, who enjoy tormenting her about her appearance, her interests, and even her father's disappearance. Reid's nuanced performance is lovely, and her vulnerability as Meg underscores the character's development from untrusting cynic to confident warrior. Meanwhile, all three of the actresses playing the "Misses" are obviously having fun in their gorgeous, vibrant costumes and imaginative personas. Kaling's Mrs. Who, who speaks in famous quotes, no longer pulls just from Western classics but also from OutKast, Lin-Manuel Miranda, Rumi, and Buddha. Winfrey might as well be Mrs. Which, a wise and supernaturally beloved being who dispenses inspirational one-liners. And Witherspoon's Mrs. Whatsit adds levity to the mix as the flirty, jokey member of the trio. Pine and Gugu Mbatha-Raw (who plays Meg and Charles Wallace's mother) are also quite good. 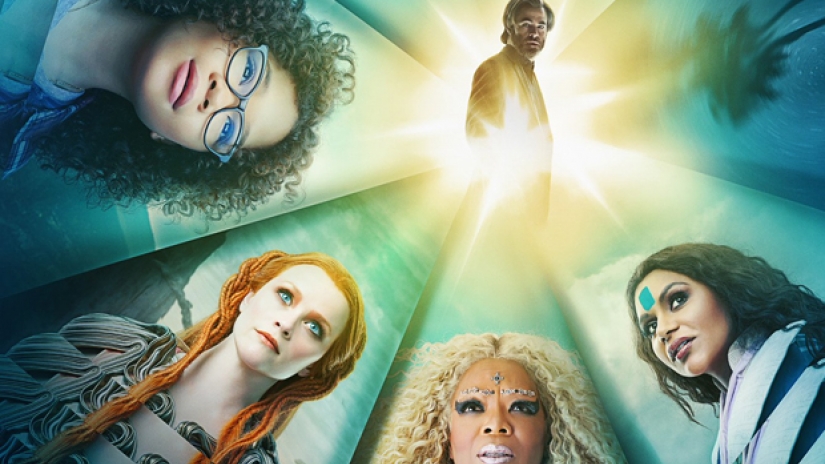 That said, the movie does -- like Meg's experience with time-and-space travel -- have some distinctly bumpy patches. The pacing is uneven -- the set up feels rushed, and, unlike Calvin and Meg's relationship in the books, their connection in the movie feels a bit like an "insta-crush" (although it's still sweet). And then there's the script, which includes some clunky exchanges (a couple between Calvin and Meg, as well as between Meg and her principal, plus several courtesy of Charles Wallace, who can be off-putting). Charles Wallace's giftedness turns into major creepiness in a possessed-child sequence that might be too scary for younger kids (and too campy and uncomfortable for adults). But all of these missteps don't take away from the fact Meg's coming-of-age story is a universal, relatable hero's journey that's likely to resonate with fans of kid heroes who discover they have the power to do the extraordinary.