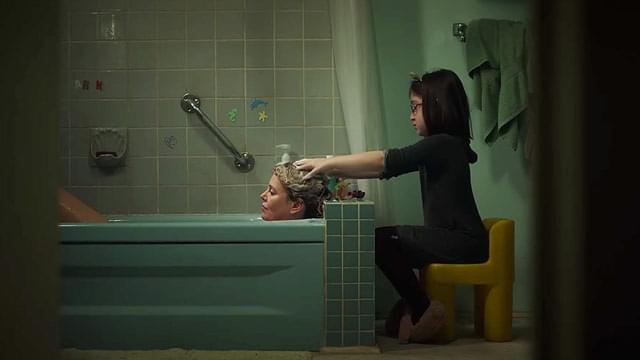 Opening just in time for Mother’s Day, Tully stars Charlize Theron as Marlo, mother of two with another one on the way. A modestly-paced movie that tells a deeply honest story written by Diablo Cody (Juno, Jennifer’s Body), it’s an earnest look at modern American motherhood that shines a light on just how impossibly tough it can be to be a mom.

And boy does Marlo try. She’s trying to juggle taking care of a newborn baby with handling a “quirky” son Jonah, all while taking care of her family. Her brother (Mark Duplass) had insisted on hiring her a “night nanny”—the kind of nanny who takes care of the newborn at night so that the mother can sleep. And that’s where Tully (Mackenzie Davis) comes into the picture. Tully’s supposed to take care of the baby, but as she says, she’s really there to take care of Marlo. Marlo thinks Tully’s a bit weird, but it doesn’t matter. Magically, Tully’s helpful presence puts both Marlo’s home and heart in order.

Of note is Cody’s writing. Here, she crafts a beautifully understated tale that portrays, with truthful restraint, the endurance and adaptability that’s demanded from mothers. As she typically does, Cody showcases her wit with memorably funny dialogue, and this time it’s expressed in humble, mature ways (thankfully, there’s nothing as cringe-worthy as “Honest to blog” like she wrote in Juno). With the help of director Jason Reitman, the movie speaks with maturity, and it’s thanks to that knowing self-assurance that the earnest wit and deep honesty can be taken to heart. Gone is the bouncy, idealistic charm of youth that was seen in Juno. Instead, viewers’ eyes are opened to the tiresome reality of motherhood. 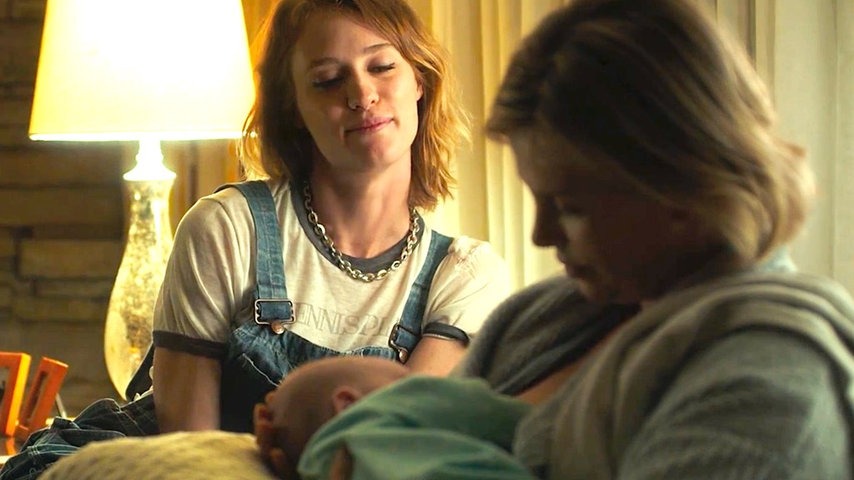 And that reality is portrayed with amazing dedication on the part of Theron. Her sunken eye sockets, purple from sleepless nights, are wells of both strength and desperation. And her speech sounds as though each word is an exhausted sigh, one that expresses that she’s both on the brink of falling to pieces and pleasantly surprised that she even has the energy to speak. Convincingly and with nuance, she portrays the utter exhaustion of motherhood with pained expressions—a wince here and a sigh there, expertly delivered. Theron also authentically conveys the feeling of sexlessness in the weeks after giving birth. She feels as sexy as a lump of cookie dough, and as her daughter humorously points out at the dinner table, she may as well look like it too. “Mommy, what’s wrong with your body?” her kid daughter asks. Kids say the darnedest things.

It’s precisely this sort of vulnerable humor that wins audiences over. With Cody’s script, the actors have plenty to work with, and it helps a great deal that the child actors play their roles without overacting. And last but not least, Davis plays Tully equally well. She manages to give off an earthy and spiritual New Age vibe, crossing between carefree breeziness and nurturing kindness.

Of course, all of this fantastic acting wouldn’t mean much without a meaningful story. The movie’s humor, while genuine, can’t (and shouldn’t) carry the entire movie. Neither should the mere spectacle of Theron and Davis’s performance. And so it’s a drama that must drive the movie. In this respect, the movie is a bit lacking for the first two thirds. But worry not: patient viewers are rewarded in the last third of the movie.

Tully is just absolutely fantastic. It’s wonderful to see the movie pursue the raw truth of motherhood, capturing all of its lumps and bumps and sending a powerful message. While audiences who haven’t given much thought to being a parent probably won’t take any interest in this portrait of motherhood, Tully is an artful film that warrants much attention.