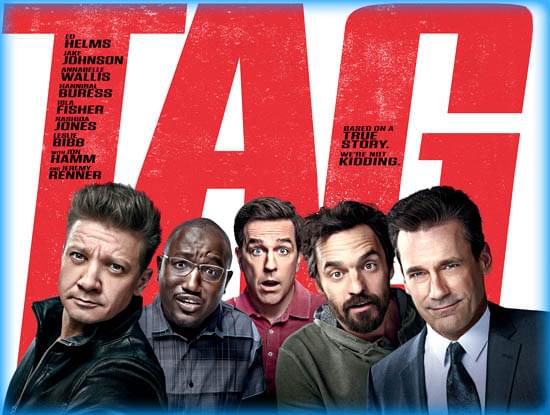 Back in 2013, the Wall Street Journal profiled a group of friends that have been playing the same game of tag every year, for 23 years. Every May these guys would come up with ridiculous ways of surprising and tagging their friends; trying to get away from each other only brought them closer. Naturally, this magnificent game of tag was just interesting enough for Hollywood, and Tag was made. Boasting a star-studded cast, Tag is the buddy comedy that you never knew you wanted. Director, Jeff Tomsic, never wavered from what the film is – a ridiculous comedy based on a grandiose game of tag. Behind all of the jokes and chase scenes, there is a heartfelt narrative here, focusing on friendship and the overwhelming fear of growing old. 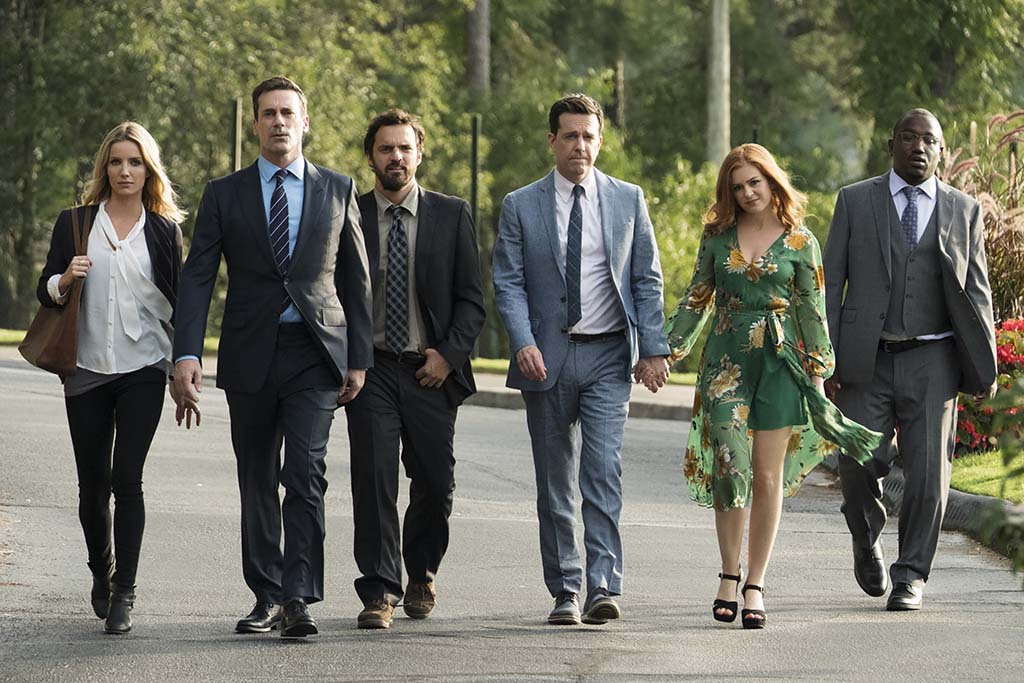 When they were kids, Hoagie (Ed Helms), Callahan (Jon Hamm), Chilli (Jake Johnson), Sable (Hannibal Buress) and Jerry (Jeremy Renner), vowed to play the same game of tag, every May, for the rest of their lives. As they grew old and lived in different parts of the country, the game evolved on a much larger scale, but one thing remained the same – Jerry has never been “it”. When the friends get word that Jerry will be retiring after the current season, they come together to figure out how to tag the untaggable. Enlisting some help from Hoagie’s wife, Anna (Isla Fisher), the group heads home to tag Jerry before he has the chance to retire.

The cast in Tag is amazing, truly giving the film life. These actors had fun making this movie, and it shows on screen. Every scene was crafted to bring out each actor’s comedic strengths, and they all mesh together perfectly. Tag really shines in scenes where the group is standing around bantering like they are in high school again; it has the ability to conjure up nostalgia of your own friendships. Tomsic did a wonderful job of pacing the film, providing a steady diet of laughs throughout. There is never a lull that most comedies are plagued by, as Tag has the benefit of a (surprisingly) intriguing story.

On the surface, Tag is just another buddy comedy, but it is so much more than that. It is about friends who refuse to let age and distance get in the way of their childhood fun. As unrealistic as it may sound, Tag is relatable to just about everyone. Even the crudest of jokes seem heartfelt towards the end of the film, which is a testament to the sense of friendship the audience will feel. Someone once said, “At some point in your childhood, you and your friends went outside to play together for the last time and nobody knew it.” Tag inspires you to keep playing, no matter how old you are.