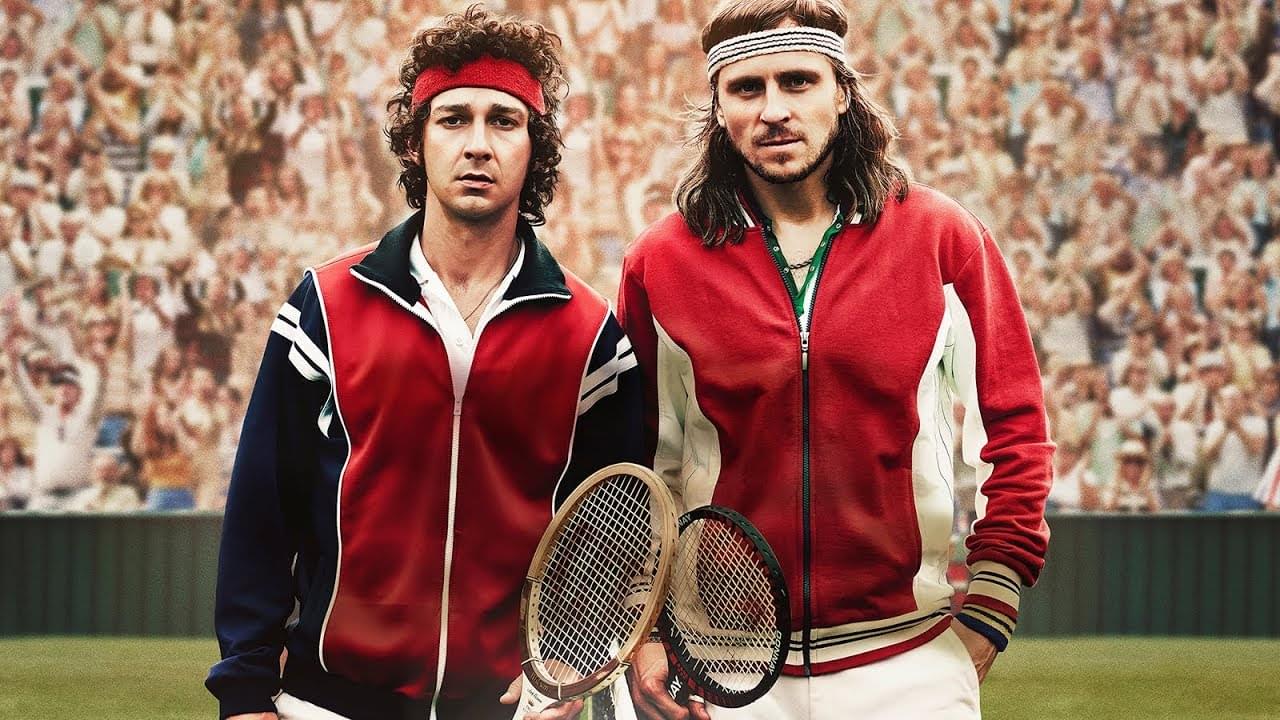 Björn Borg and John McEnroe were polar opposites on the tennis court; Borg was a reserved, methodical player and McEnroe, well, he was a firecracker. Janus Metz’s impressive biopic, Borg vs McEnroe, shows that under the surface, these two rivals are more alike than most think. By documenting the events of the 1980 Wimbledon tournament, Metz does a masterful job telling their stories through flashbacks and honest commentary. Featuring some top-notch acting and a thrilling plot, Borg vs McEnroe is one of the most thoughtful sports movies in recent memory.

The entire film builds towards the epic 1980 Wimbledon final between four-time champion, Björn Borg (Sverrir Gudnason), and the up and coming phenom, John McEnroe (Shia LaBeouf). Metz introduces the audience to each athlete by providing a glimpse of how they grew up and showing how they deal with the fame that tennis has brought them.

Borg, a gentleman on the court, is fighting a daily battle with his emotions and fear of losing. At 26 years old, Borg already wants to live a normal life, one that doesn’t come with a number one world tennis ranking, the paparazzi and all the little distractions most people are foreign to. Growing up in Sweden, Borg’s attitude was very similar to McEnroe’s on the tennis court. As a young boy, he was removed from his tennis academy due to unsportsmanlike conduct, and almost changed paths to his other love, hockey. Luckily, his greatness was recognized by former tennis pro, Lennart Bergelin (Stellan Skarsgård). Bergelin taught Borg to keep his emotions in check and to use all of his negative energy on the court. Although a world-renowned champion, Borg built himself a systematic and fragile life, as he is always teetering on the brink of failure. 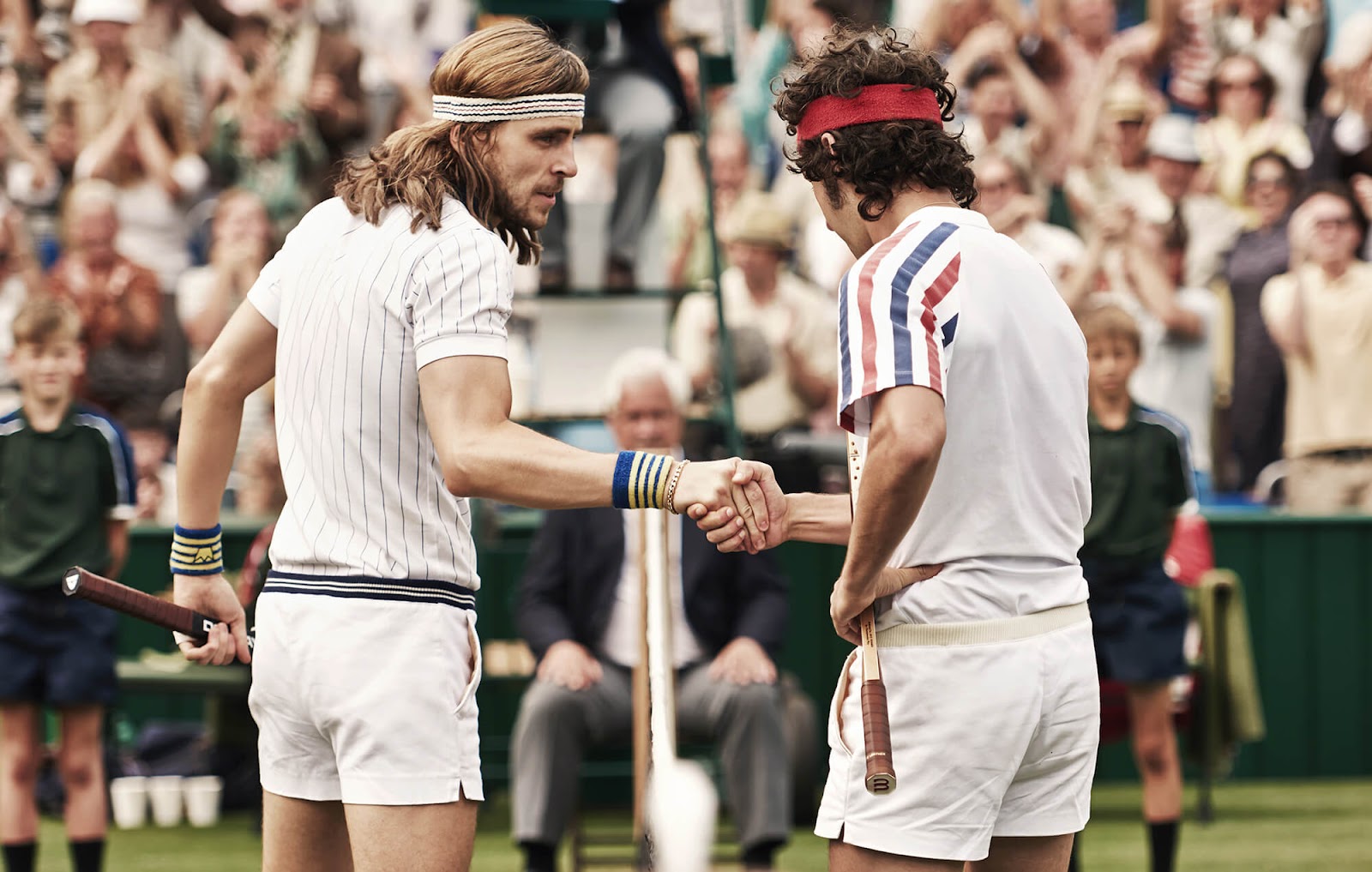 McEnroe is viewed as the opposite of his aforementioned rival, with regular outbursts on the tennis court and his rock star public persona. Some sort of boy-genius, McEnroe always struggled with his love for tennis and the constant pressure to impress his parents. As tennis’ resident bad boy, the unpredictable American enters every match with a “me against the world” mentality. By wearing his emotions on his sleeve, McEnroe is an unlikeable villain, but there is always this sense that deep down he just wants to be accepted. LaBeouf may have turned in his best performance as an actor, completely nailing the mannerisms and tone of the tennis legend.

The engaging pace of the film builds unexpected anticipation towards a match that many already know the outcome of. Metz is able to subtly lay the groundwork for the rivalry, without dehumanizing either of the superstars. By conveying these men as people, with real faults and problems, the audience can truly appreciate and feel for these characters. Of course, it helps that this story is capped off with one of the greatest tennis matches ever played. Sometimes the truth is better than fiction, and that is certainly the case here. Fit with a lovable hero, a boorish villain and the most prestigious tennis tournament in the world, the Borg vs McEnroe story was destined for the silver screen. Go see this film before it flies off your radar, it is a treat for sports fans and movie lovers alike.