Rarely does a sequel outshine the original? In the case of Unfriended: Dark Web, a sequel in name only as it features new characters and chilling death sequences, the follow-up is a noticeable upgrade that supersedes the ‘color-by-numbers’ material originally found in the first Unfriended.

The film opens with Matias (Colin Woodell), who has recently acquired a ‘new’ laptop for his birthday. Almost the entire film is presented as found footage of online interaction as he and his friends play Cards Against Humanity. Little lags and error messages reveal that the laptop is actually stolen, and the film takes a dark and grotesque turn when it’s revealed that there are some very graphic secrets linked to this computer. 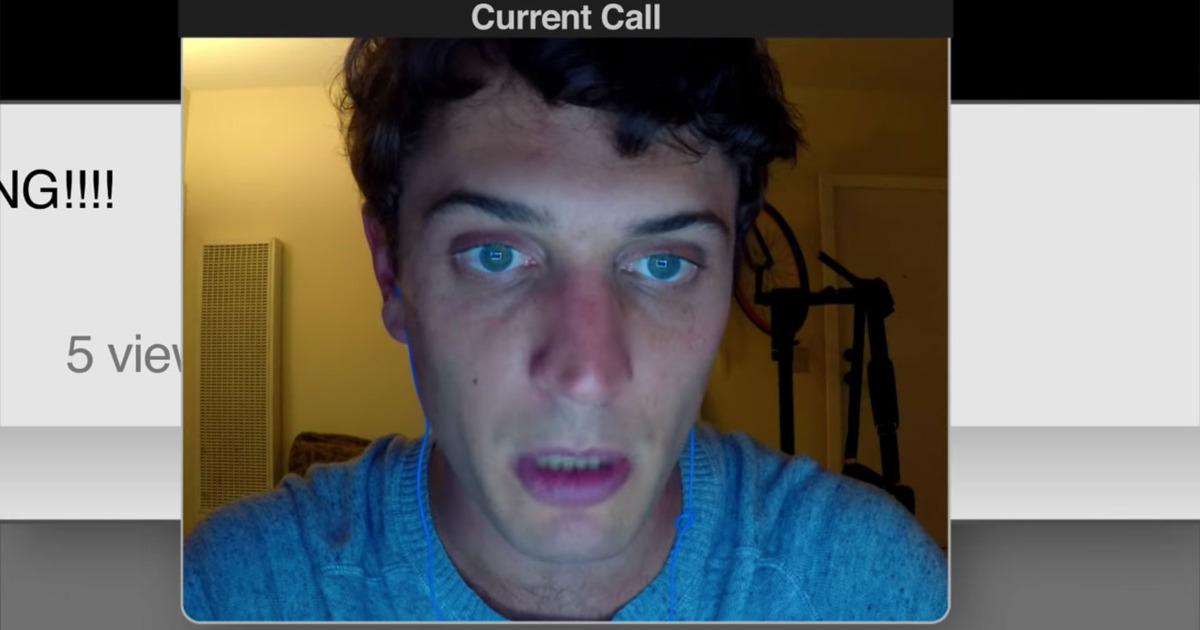 We soon discover that not only was the computer’s former owner a tech genius serial killer, but he also intends to his smarts and cruel brute force to assassinate Matias and his friends, one by one. While it’s quite plausible that there are hackers out there with the ability to watch everything you do online, it may take an extra dash of ‘suspension of disbelief’ to buy into the brutal killings in what’s presented as real time.

Writer/director Stephen Susco, who makes his directorial debut with this film, claims that he intended to make a political statement about how the internet was intended to bring us more together as a people but has instead further separated us, creating more angst in teens and adults.

Trading out the idea of utilizing an unknown cast, Unfriended: Dark Web has a plethora of attractive, talented, and well-known newcomers such as: Rebecca Rittenhouse (The Handmaid’s Tale, Blood & Oil), Betty Gabriel (Get Out, The Purge: Election Year), Andrew Lees (The Original, The Pacific), and Chelsea Alden (American Horror Story, 13 Reasons Why).

One big trade-off between the films is that in the original Unfriended, we were actively rooting for the deaths of the unlikable and cruel characters at the hand of a murderous ghost who was understandably bitter about being bullied to death. In Unfriended: Dark Web, however, the characters are for the most part likable, sane people who are just victims of chance. While the first film was a parable, the second inspires more fear because this tragedy seems like it could happen to anybody.

While we do tread some predictable territory here, because you know walking into a horror film that there will be a pile of bodies by the end, there is an element of ‘whodunit’ while we the audience try to guess the identity of the killer(s), and if any of the victims will live to tell the tale. Anyone who has been down this familiar road before will see that it’s well paved with blood and bones. There are no surprises to be found outside of the shocking footage designed to make you squirm. As long as you can cover your mouth and not scream “plot hole!” then you should make it all the way to the end just fine.