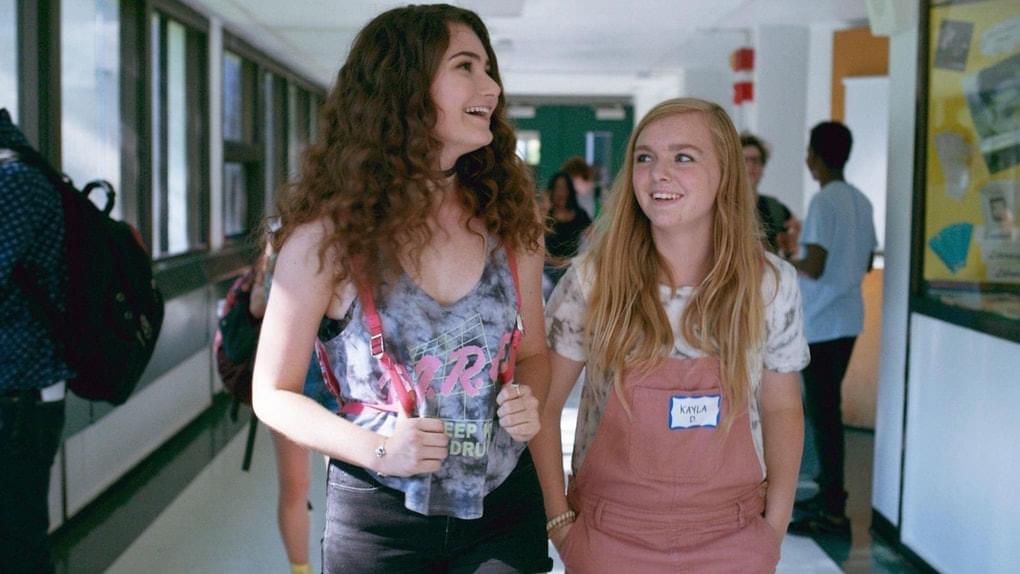 In his feature film directorial debut, comedian Bo Burnham deftly encapsulates the awkwardness, angst, self-loathing and reinvention that a teenage girl goes through on the cusp of high school. Given that the 27-year-old stand-up comic achieved fame as a teenager himself through YouTube by riffing on his insecurities, he is uniquely capable as the film’s writer and director to tell the story of Kayla, an anxious girl navigating the final days of her eighth grade year, despite creating a protagonist w female instead of male.

Like Burnham did more than a decade ago, 13-year-old Kayla turns to YouTube to express herself, though she makes advice vlogs in which she pretends to have it all together. In reality, Kayla acts sullen and silent around her single father and her peers at school, carrying out most of her interactions with her classmates on Instagram and Twitter. Her YouTube videos are a clever narrative tool that provides insight into her inner hopes and dreams, much like an aspirational online diary.

One of Eighth Grade‘s biggest triumphs is in its realism. Played with charm and delightful nuance by Elsie Fisher, Kayla doesn’t speak a single line that isn’t peppered with “umm,” “like” or “whatever.” Her posture and gestures communicate how uncomfortable she is in her own skin. She has acne that she hides under makeup and Snapchat filters. Her attempts at depth in her videos are adorably off the mark, such as her advice that “The hard part of being yourself is that it’s not easy.”

Burnham’s attention to detail helps weave a 2018-specific yet universally relatable image of teendom. Kayla stays up late scrolling through Buzzfeed quizzes and slime videos, has a Hamilton calendar and Justin Bieber poster on her wall, and signs off her videos with the slang term “Gucci.” Her middle school sex ed video includes an actress saying learning about puberty is “gonna be lit.” The reference might be of the now, but the feeling it conveys, of adults awkwardly appropriating slang for their own agenda, resonates no matter what era you came of age in. Eighth Grade‘s unique skillfulness in communicating Kayla’s inner life is often thanks to the film’s sound and music teams. The three beeps of a Mac laptop’s Photobooth application precede each of Kayla’s vlog monologues. Enya’s “Orinoco Flow” provides a poignant soundtrack to Kayla escaping into the online world on her phone late at night. The score swelling to dramatic highs then abruptly stopping creates many of the film’s laugh-out-loud moments and mirrors the emotional rollercoaster that is puberty. When Kayla attends a pool party, she pauses just inside a sliding glass door, nervously watching the scene outside while a Jaws-like theme plays. She finally reaches for the handle and the music cuts out right as the door sticks, ruining her cinematic act of bravery.

Kayla gets the chance to hang out with some high school kids at the mall, and one of their comments that kids Kayla’s age is “wired differently” because they began interacting with social media at such a young age. While Kayla does spend a majority of the film in the glow of her iPhone screen, Eighth Grade illustrates that as much as things are different for the current tech-emersed generation of children, their emotional evolution remains the same. Kayla must still navigate judgmental queen bees, predatory popular boys, clueless teachers and overprotective parents on her way to coming into her own. For anyone who’s ever been an eighth grader, Kayla’s quiet journey of self-discovery and self-acceptance is encouraging and edifying.