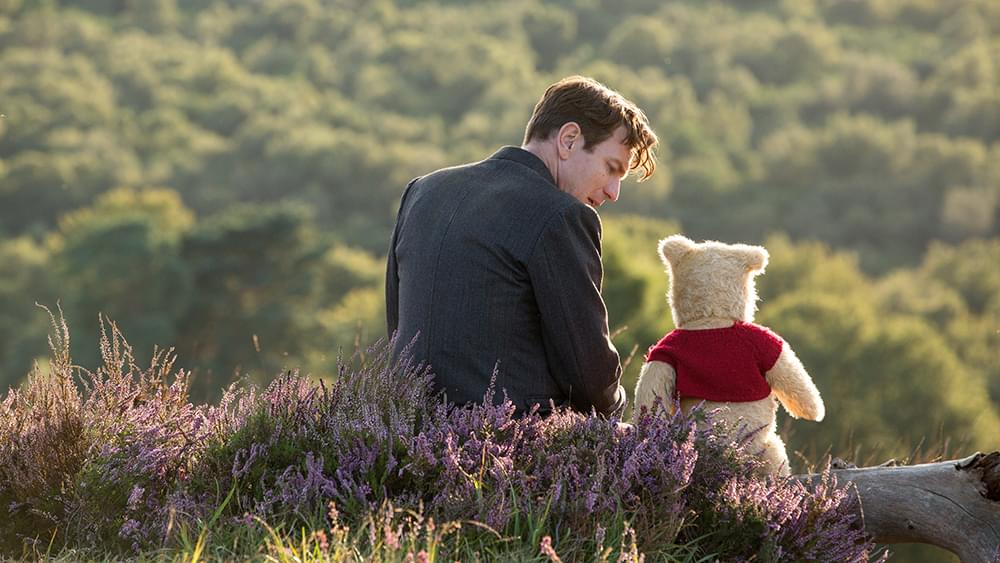 In its simplest form, Christopher Robin has something to say about growing up, relinquishing your childhood, and getting lost in the nuances of life. Disney’s latest entry in the “Winne the Pooh” series discards the tried-and-true hand-drawn animation and becomes the next Disney classic to get a live-action makeover. Helmed by veteran director Marc Forster, the film tends to take on a darker tone than one would expect from a Disney feature, and especially from a Winnie the Pooh film. In some ways this works, as it emphasizes the daily struggle of adulthood, and highlights a missing sense of wonder in Christopher Robin’s life. In other ways, the tone can be a bit suffocating, matching Eeyore’s melancholy personality and pace.

Christopher Robin starts where most Winnie the Pooh films end, with young Christopher saying goodbye to his beloved friends in the 100 Acre Wood. Christopher promises Pooh that he will never forget him. As time passes, an older Christopher Robin (Ewan McGregor) has succumbed to the stress and tedium of adulthood. Constantly trying to provide for his family, Christopher has become all work and no play. When it becomes clear that he must implement mass layoffs at his job, Christopher must back out of a weekend cottage trip with his wife Evelyn (Hayley Atwell) and daughter Madeline (Bronte Carmichael). Disappointed but not surprised, his family goes off on the trip, leaving Christopher alone with his work. Meanwhile, in the 100 Acre Wood, Pooh (Jim Cummings) has lost all of his friends, and he ventures out to London to find Christopher Robin, his hero and problem solver. 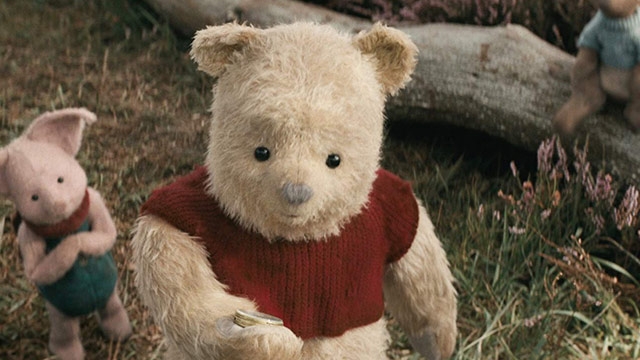 The live action animation seems to work; however, it is a bit weird looking at characters like Tigger, Piglet, and Pooh as raggedy old stuffed animals. Cummings and the rest of the voice actors bring life to these characters, as the longtime voice of Pooh and Tigger returns.

McGregor does a wonderful job navigating his scenes in a mostly solo fashion, never once giving the impression that he is working with animated characters. Christopher is a complicated character in this film, and McGregor balances the act well. He is almost vilified for being a hard worker, constantly worrying about his family and the countless number of employees that depend on him. The audience may be turned off by this because he is not a bad guy. Others will look at Christopher and understand that a story about a kid growing old and losing his imagination had to be told this way.

When Christopher sees Pooh again, his sense of wonder starts to slowly creep back up, but the tone of the film never really follows suit. Forster decided to stay with the drab backdrop of foggy London for the majority of the film and even turns the 100 Acre Wood into an unfriendly, unwelcoming place. This is also true of the animated character designs, as Pooh and the gang are all washed out, frizzy versions of the bright and colorful characters that have been so prevalent in the series.

The film should be recognized for taking chances, but it doesn’t really have an audience that will latch on to it. Adults will enjoy seeing some of their beloved childhood characters reimagined on the big screen, and children may enjoy the quirky, simple humor. Other than that, Christopher Robin comes across as an average installment in the series that never reaches its emotional potential.