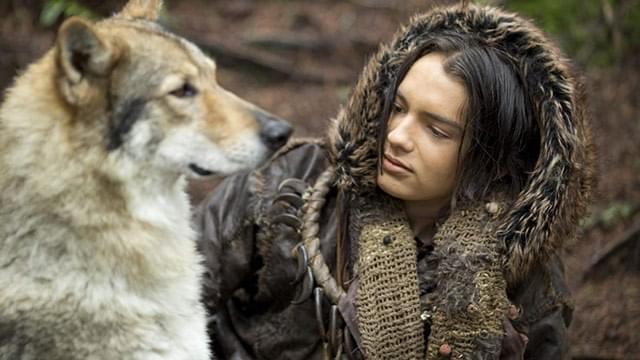 In Alpha, the classic tale of a boy and his dog take a trip back in time. The story centers around Keda (Kodi Smit-McPhee), a sensitive, wide-eyed teenage boy on the cusp of manhood in an unspecified European prehistoric society about 20,000 years ago. This lines up historically with hunter-gatherer culture and the early domestication of animals. The characters speak an unidentified language that is complex in its vocabulary and ability to convey emotion, deal with both woolly mammoths and hyenas on the same trek, give each other tattoos, and engage in religious ceremonies, though it is unclear if any of these specific elements have any basis in history.

After being left for dead during a bison hunt, Keda, the son of his tribe’s leader, befriends an injured wolf (played by a charming, amber-eyed Czechoslovakian wolfdog named Chuck). Once Keda earns the wolf’s trust, he names her Alpha, and she accompanies him on a journey of self-discovery. 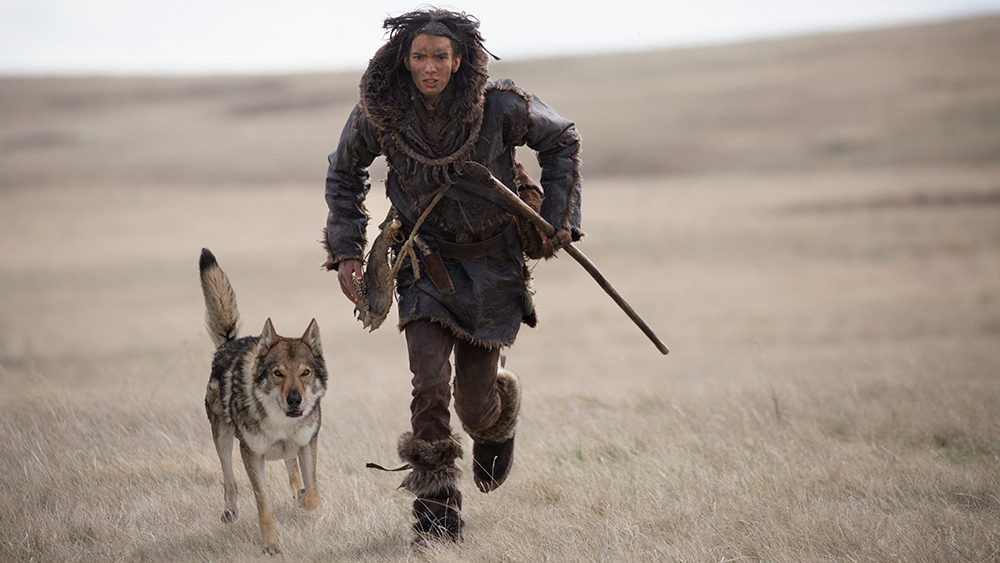 Along the way, Keda practices several survival techniques, including starting a fire, splinting an injury, escaping wild animals, and avoiding hypothermia. Some of these moments are a bit mature and violent for a family film, though Keda and Alpha also engage in a variety of activities meant to be winking references to modern-day dog behavior. While the first tug-of-war and game of fetch seem corny, they could register with younger audience members, and a moment where Keda throws Alpha in the water, forcing her to learn to dog-paddle, is pure and precious.

Regardless of historical accuracy, Alpha would not be out of place in the IMAX attached to a museum of natural history. Its ancient setting brings new interest, intrigue, and drama to a rather formulaic adventure plot. The transition shots, time lapses and background images worthy of Planet Earth are both an otherworldly delight to watch, and important in underscoring the daunting nature of Keda’s quest to reunite with his tribe.

The film lags in its setup as well as during the final portion of Keda’s journey, lacking a real emotional climax in the script despite solid acting from both Chuck and Smit-McPhee. It does succeed in creating some striking visual moments at key times that are reminiscent of a superhero or comic book movie, which pack a much-needed narrative punch.

Lush visuals, a simple message of the value of compassion, and winning chemistry between Alpha‘s human and canine stars make for a satisfying film for older children that has an earnestness which feels old-fashioned but never goes out of style.