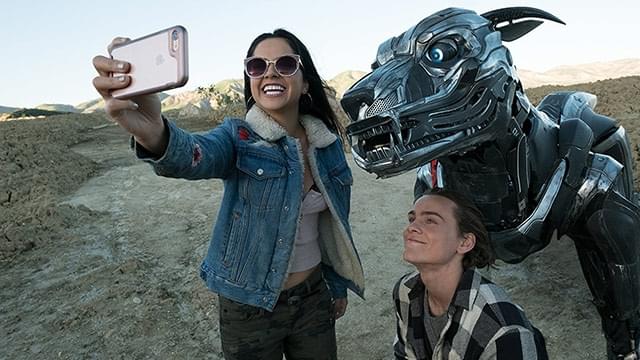 Take the formula of the first Transformers film and combine it with robot dog toy Poo-Chi, and you get A.X.L. While this elevator pitch might seem odd, this film is a welcome addition to the robot movie landscape. While the Transformers franchise has become a rock ‘em, sock ‘em spectacle without heart, A.X.L. captures that original charm of a misfit boy and his misfit friend teaming up, this time with the adorable element of the robot being in canine form.

Dreamier, edgier Shia LaBeouf-type Miles (Alex Neustaedter) is a scrappy motocross racer who stumbles upon an escaped government weapon prototype in the form of a robotic dog called A.X.L., an acronym for Attack, Exploration, Logistics. Along with his generic, attractive love interest Sarah (Becky G), Miles attempts to save the dog from tech company Craine Systems. Unbeknownst to him, Andric (Dominic Rains), the ruthless programmer in charge, has allowed A.X.L. to bond with Miles, who serves as the machine’s first (unwitting) human beta tester. Though Miles does his best to justify keeping a $70 million military-grade weapon as a pet, Andric’s rage issues and lack of regard for laws and ethics seal the deal. 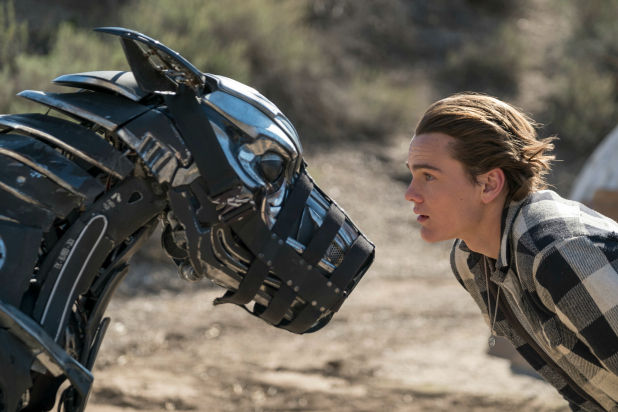 The film’s success hinges on A.X.L. himself, particularly on his coolness and his ability to convey emotions. The robot’s thoughts and feelings are displayed on his screen and overlaid on his visual input, highlighting that A.X.L. first chases Miles not out of aggression, but because his display notifies him he’s low on fuel. After Miles helps repair him, his display reads, “Trust—proceed with caution,” indicating that he hasn’t been fully won over yet. This visual aid from rookie writer and director Oliver Daly cleverly shows how their relationship evolves and showcases A.X.L.‘s abilities.

Most of the robo-pup’s skills are pretty neat, such as scanning for phones and driver’s licenses, facial recognition, rocket boosters, and reading body heat and heart rate. Others are just silly, such as being able to play music, project laser lights, hack an ATM, and mimic human speech on audio files. What is the practical military application of these skills? Who cares! A.X.L. using them to connect with his new human friends and give them some wish fulfillment is endearing.

A.X.L.‘s canine qualities also make him cute. He sharpens his “teeth” by gnawing on a pipe like a bone. His ears perk up when he’s happy and flatten when he’s scared or angry. He whines when he’s in pain and growls when he’s on the attack. These traits, along with his friendship with Miles and Sarah, make A.X.L. feel as developed and lovable as any flesh-and-bone pup in a boy-and-his-dog movie.

Overall, A.X.L. is a simple, satisfying story, if formulaic, with a robotic twist.