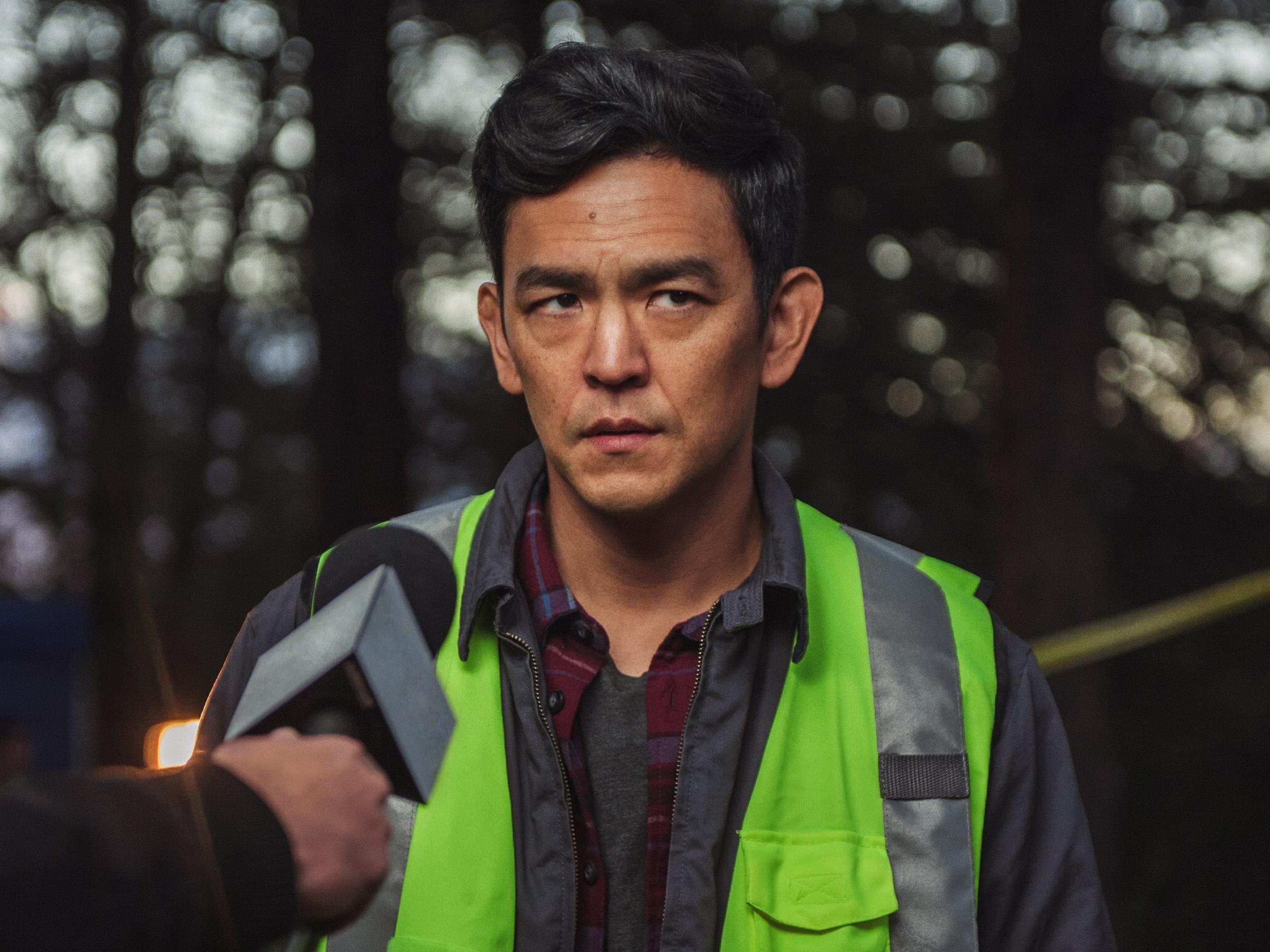 The suspenseful Searching comes packed with a lot of treats, most of all how much originality it brings to a tired genre. When a widower and a single father of a teenaged daughter discovers that she’s missing, he takes it on himself to find out what’s happened to her. As the layers of what’s known about her life are turned over, he discovers that he may not know her as well as he thinks he did.

In a breakout star-making performance, middle-aged single dad David Kim, played by John Cho (Star Trek reboots, Harold & Kumar series), is allowed the opportunity to display a broad range of emotion outside of his usual funny-guy roles. Playing the current distressed version of himself, he is held up in counterpoint with home video of the past happier version of himself when he was a part of his daughter’s life as she was growing up. He masterfully exhibits nuanced reactions as he searches his daughter’s laptop for clues as to her disappearance, only to be led deeper into an anxious hole.

Detective Rosemary Vick, played by Debra Messing (Will & Grace), helps guide David along the emotional roller coaster of what happens when disaster strikes close to home. Her expertise is able to blend well with David’s grim determination to piece the puzzle together in time to possibly save his daughter, as well as offering David a sounding board from the perspective of someone who’s been through this before. 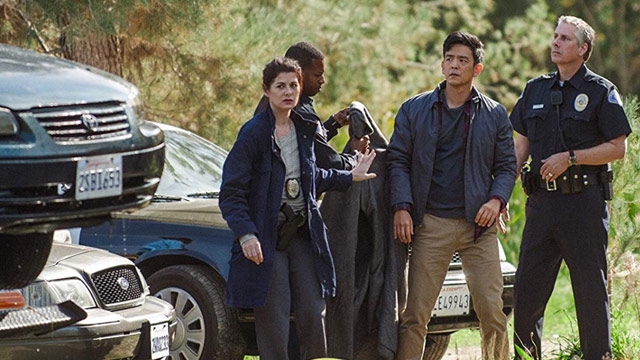 A newcomer to the silver screen Michelle La plays Margot Kim, David’s missing daughter. Unnerved by the death of her mother and at odds with her father, she brings a dreadful sense of realism to the role. Despite the fact that the movie is about her disappearance, we do still get to see her in home video style footage as the film progresses.

What the movie lacks in big Hollywood set pieces, it more than makes up for in gritty performances and a barebones script. This serves to increase our ability to suspend disbelief because the story itself hits so close to home.

Stylistically, Searching proves that films made up almost entirely of being on-screen footage are more than just a novelty. It offers a surprising amount of depth crafted by the first-time writer/director Aneesh Chaganty. One nice thing about the low budget/low risk that accompanies this style is that it allows for newcomers to prove themselves, in this case especially requiring some creative thinking to see how far the medium can be pushed.

Ultimately, Searching is much more than just a thriller, or horror film, like the low-budget Unfriended series shot in the same style, and also produced by Timur Bekmambetov. Paying homage to Alfred Hitchcock’s classic suspense, Rear Window, the film manages to stay taught and evenly paced, while most of the action takes place with a man sitting down. While the internet broadens this ‘window’ into the world, Searching also brings up a deeply uncomfortable feeling that all parents have.

While the internet broadens this ‘window’ into the world, Searching also brings up a deeply uncomfortable feeling that all parents have: that they do not truly know their children – and how the internet itself can bring about this darkness.