Movie Review: The House With a Clock In Its Walls 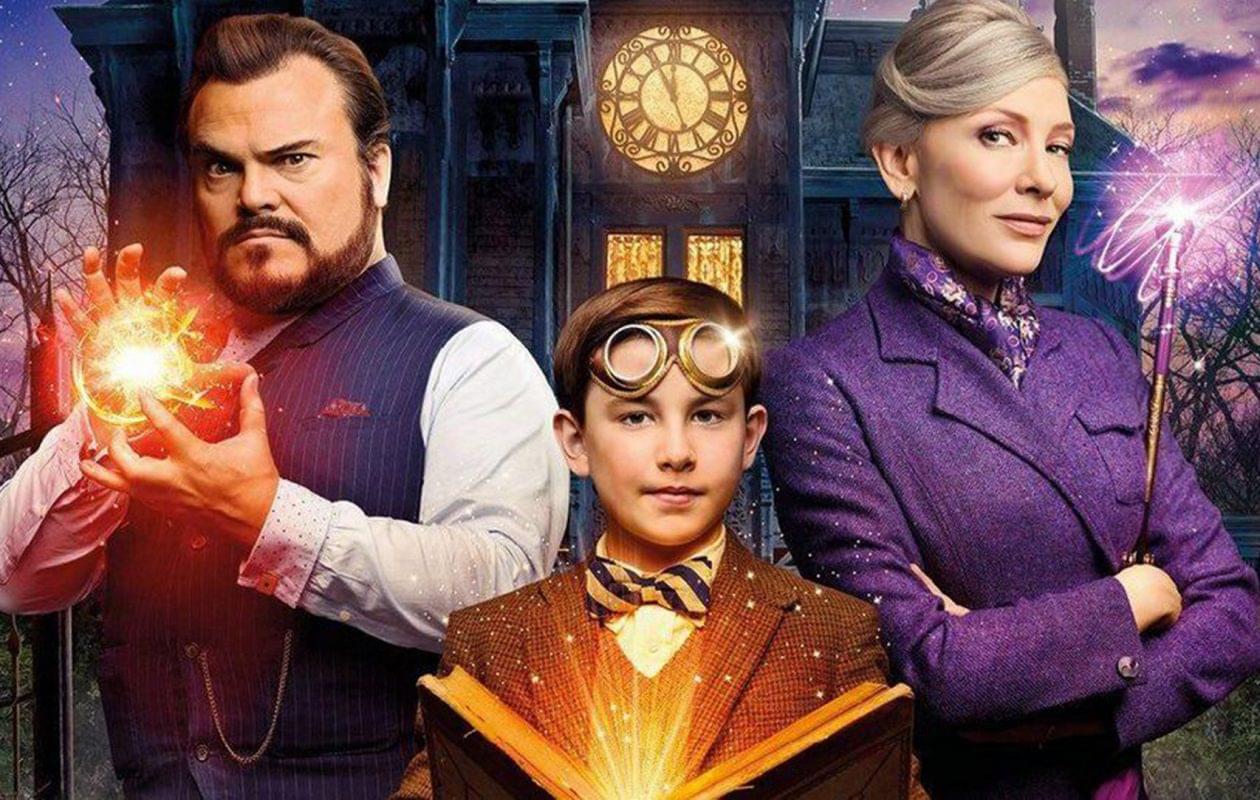 Director Eli Roth is best known for his violent, gruesome films, like Cabin Fever and Hostel. It comes as a surprise that he brings audiences The House with a Clock in Its Walls, a PG-rated gothic fantasy film. Featuring warlocks, a creepy mansion, and necromancy, it’s a spooky ride that’s bound to please younger audiences, though it may disappoint other viewers.

The movie, which is based on the 1973 novel authored by John Anthony Bellairs, is set in 1955 in the town of New Zebedee, Michigan. Lewis Barnavelt (Owen Vaccaro), newly orphaned, is sent to live with his Uncle Jonathan (Jack Black) at his massive Victorian mansion. There, Lewis meets Mrs. Zimmerman (Cate Blanchett), a neighbor and good friend of Jonathan. Without much fanfare, it’s quickly revealed that Jonathan and Mrs. Zimmerman are both warlocks and that the house isn’t like any normal home. Lewis spends the first night adjusting to his new environment and then goes to his new school where he’s lucky enough to make just one friend. It doesn’t take long before Jonathan and Mrs. Zimmerman teach Lewis about magic (which feels all too easily earned). In due time, he becomes involved with the adults’ hunt for the clock inside the mansion walls.

But why is it so important that the clock is found? Writer Eric Kripke disappoints audiences with a lack of mystery, as the reason behind the burning imperative isn’t revealed until far too much time has passed. Part of this boring absence of intrigue is due to the focus on a wealth of strange things in the house—a creature with purple tentacles, morphing stained glass windows, and suits of medieval armor that move on their own, just to name a few. By that measure, having a clock inside the walls seems quite tame. The film also wastes time showcasing Uncle Jonathan’s buffoonery and a defecating CGI creature for cheap laughs, rather than spending time building up tension and mystery.

Despite the narrative’s failure to engage mature viewers, the story is carried by the actors, whose performances are plenty of serviceable for a children’s movie. While Vaccaro fails to convince us of Lewis’ sadness, his childish expressions of fear will probably feel quite familiar to children and their parents. When it comes to the powerful witch Mrs. Zimmerman, Blanchett melds elegance and strength in her portrayal the character. Channeling confidence, she commands the screen with crisp movement and a perfectly cast glance here and there. During the action, her steely visage flickers with concern at all the right moments, lending a subtle yet effective tension to her performance. 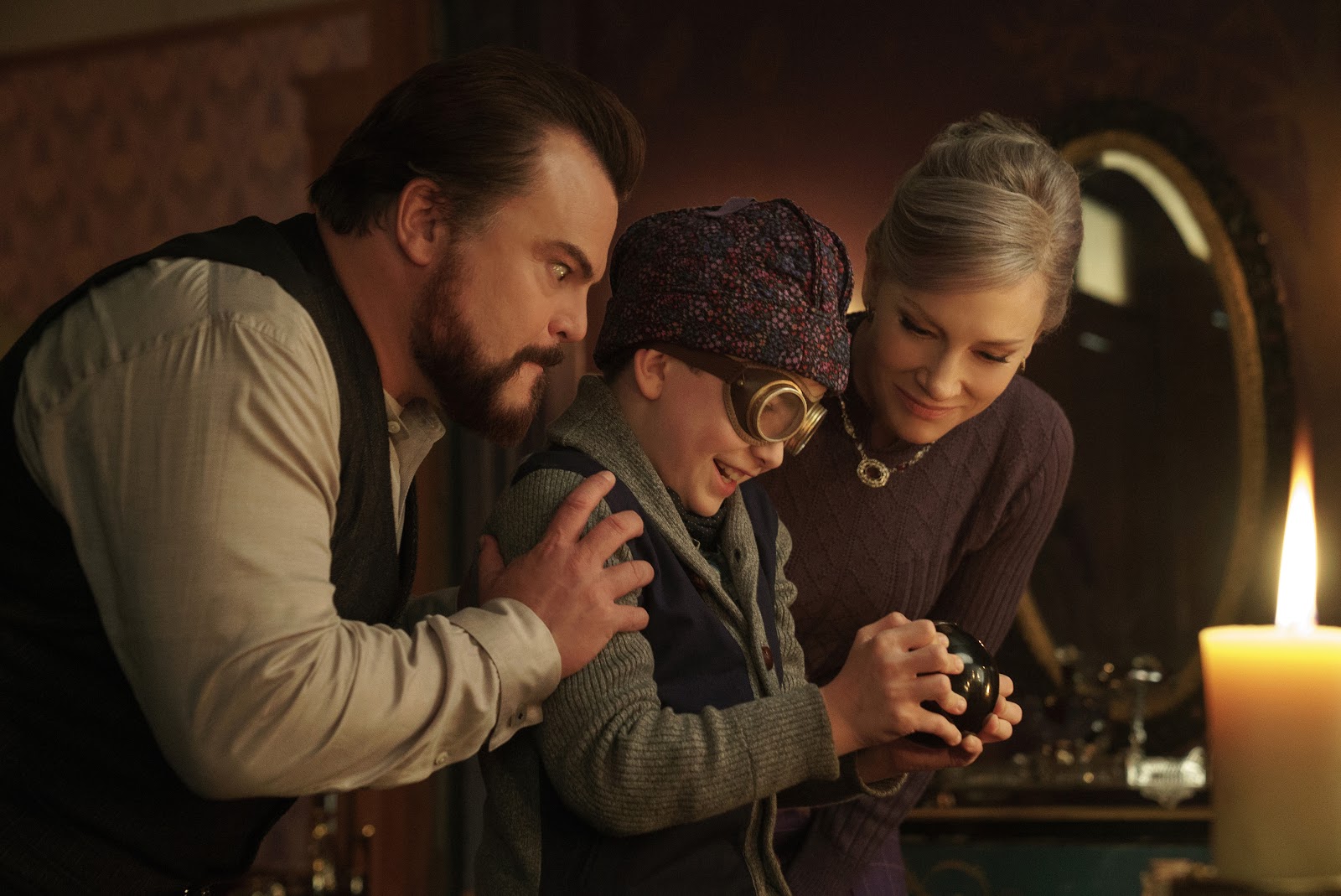 Black plays the action well (or at least well enough), but the way he relates to Lewis disappoints. Rather than playing Uncle Jonathan as a Ben Kenobi-like mentor, he acts more like a big brother. It’s a shame, really: part of the appeal of stories like this is that the young hero learns from a more mature role model who draws him into the realm of adults. It’s unclear if this was a limitation of Black’s acting or Roth’s direction—after all, Black is usually at his best when he’s up to his sophomoric antics. Either way, it’s hard not to wonder if the film could have been better if Jonathan was portrayed as a more serious, avuncular mentor.

One saving grace is the aesthetic of the film, which succeeds in immersing viewers in its magically twisted world through sumptuous visual details. The house itself—certainly a central part of the story—is saturated with elegant furnishings and eclectic decorations as one might expect from a warlock’s Gothic-styled home. The wardrobes are also a delight to take in, not to mention the fantastic visual effects.

On the whole, young viewers will be thoroughly entertained: though the story could use some work, the action is punchy and thrilling and the visuals are captivating. Parents looking to give the kids a thrill won’t be disappointed, so long as they’re not expecting much for themselves.