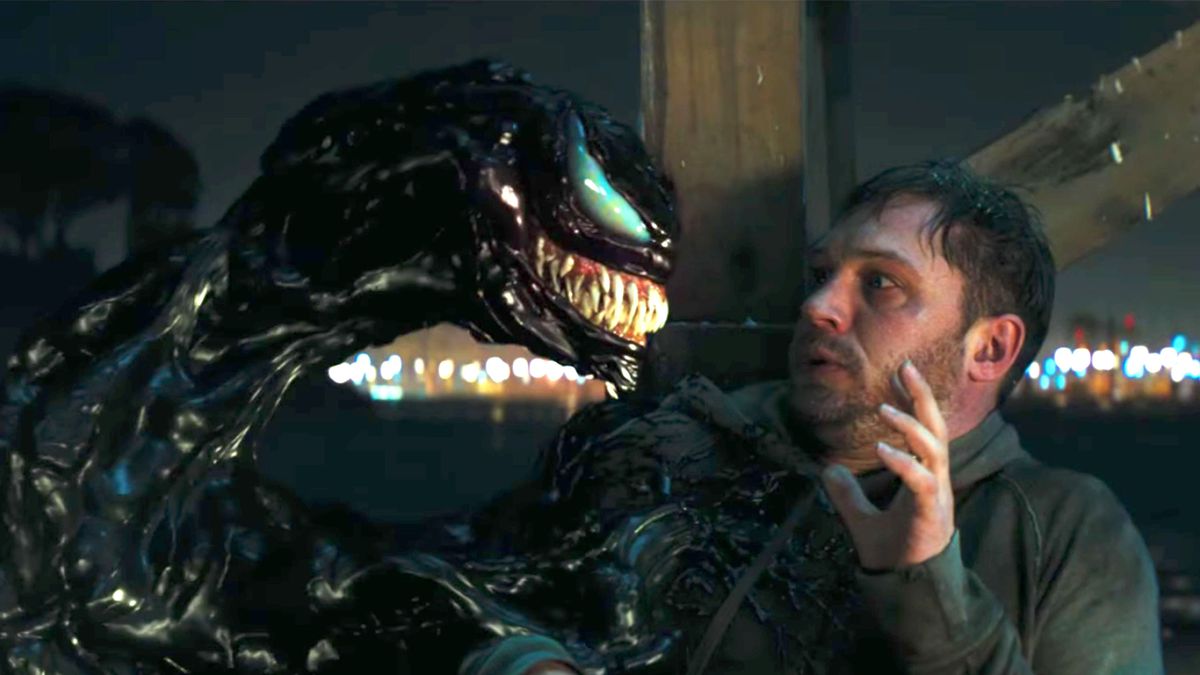 Marvel fans will surely celebrate the arrival of the alien symbiote Venom, distinguished by its composition of oil-slick black ooze, in its own feature film. Though there are great performances from the lead actors, awesome action sequences, and amazing visuals (including some great 3D scenes), the movie is sadly marred by a series of incongruencies. Like the parasitic symbiotes that bond with its host, whether or not the movie connects with a viewer is up for grabs.

Set in San Francisco, the story starts off by setting up what Eddie Brock (Tom Hardy) has going for him. He’s in the loving graces of his fiancé Anne (Michelle Williams), and as an investigative journalist, he’s garnered fame and the support of his bosses.

Eddie’s dogged pursuit of uncovering dirty truths is the reason for his success, and it’s this drive that brings him to pursue Carlton Drake (Riz Ahmed), the head of the Life Foundation, a biomedical technology conglomerate. Brock ambushes Drake during an interview, asking him pointed questions about the company’s unethical testing practices. Drake abruptly ends the interview and Brock consequently loses his job and the love of his fiancé. With nothing else to lose and a lot to gain, he sets out on a vengeful journey that eventually brings him into contact with Venom. 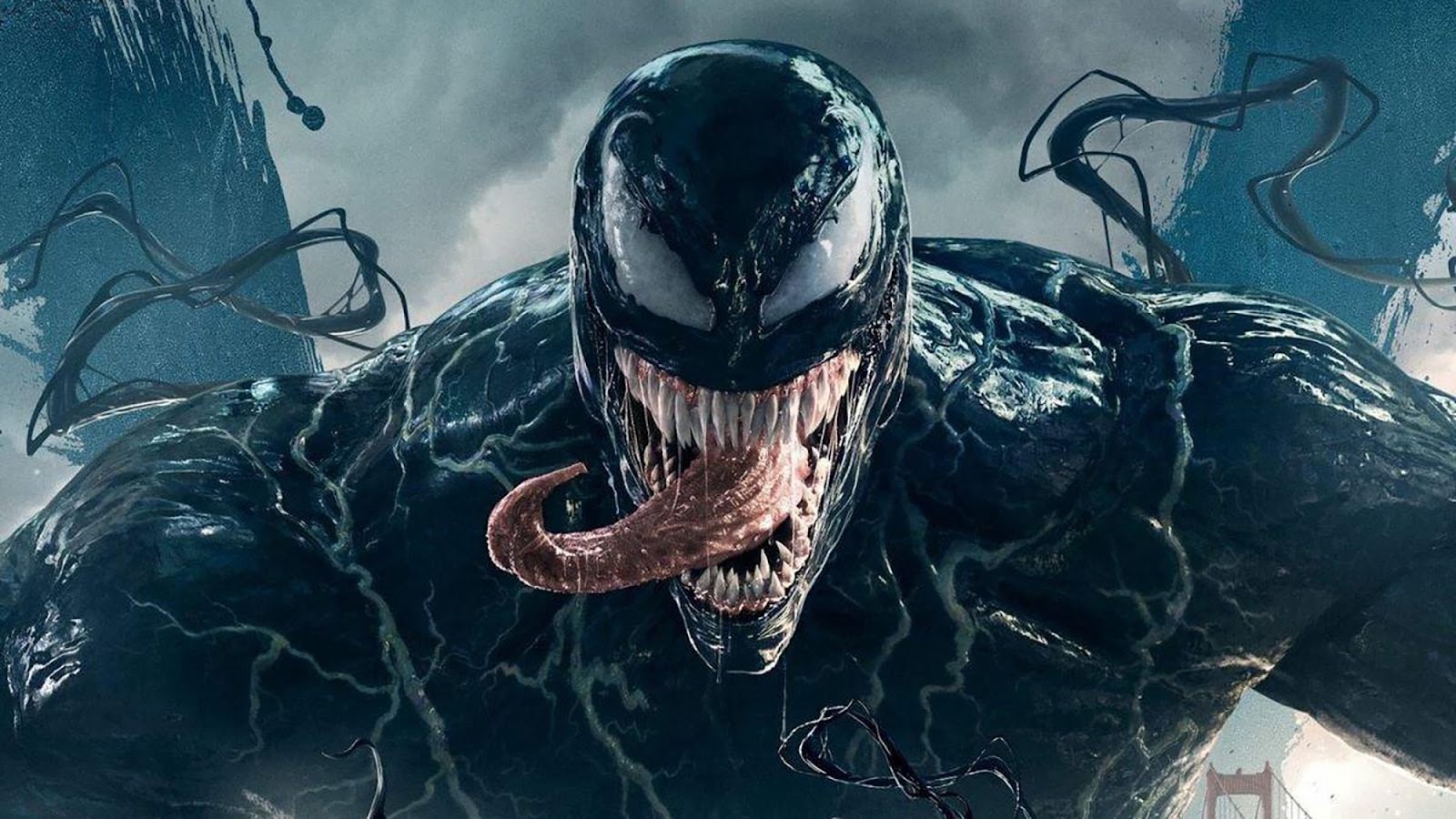 It does take a bit of time before audiences get to see Venom in action, but it’s well worth the wait because the visual effects are top notch and do more for the costumed hero than in movies like Spider-Man: Homecoming. There, Spider-Man’s suit looks and feels as one might imagine. In this film though, Venom leaps off the comic book pages and the symbiote becomes eminently terrifying. The tangled rows of long fangs reach through wet, red gums. The symbiote black skin crawls and oozes in an unsettling way. Its egg-white eyes have a stomach-turning rawness to them. What’s only been drawn in comic books comes alive in disturbing detail, and it far exceeds the level of visceral distress that can be evoked in a still illustration.

However, the script was written with comedic undertones and is likely to be a rather contentious point of debate with fans of the comic book series. The way that Venom is portrayed signals intense aggression, violence, and hunger — it possesses a vicious impulse to consume. Yet, the film detracts from the creature’s monstrosity. It takes control of Brock’s body, chomps people’s heads off, and transforms its limbs into bladed weapons to impale people. Yet, Brock doesn’t seem to be afraid of this otherworldly creature that inhabits his body and even threatens to eat his organs. In fact, the way that Brock and Venom kid around makes it seem like they’re buddies.

Still, Hardy’s performance is well worth watching. He lives up to his reputation for committing to his roles. Sweaty and grimy with haggard sunken eyes, Hardy transforms Eddie Brock into an unchained, incoherent babbling mess. It’s an impressive performance that outshines the other aspects of the movie. Riz Ahmed shines as well in his role as Carlton Drake, using a measure of charisma to become a believable villain who persuades and manipulates people to do his bidding. Both actors are a pleasure to watch.

With all that said, the film could’ve been much better. A dramatic struggle between the dark impulses of Venom and Brock’s desire to do good might’ve made for a more engrossing story. Still, this movie has paved the way for future installments. That, along with amazing visuals and interesting performances from the actors, are things that comic book fans can be thankful for.