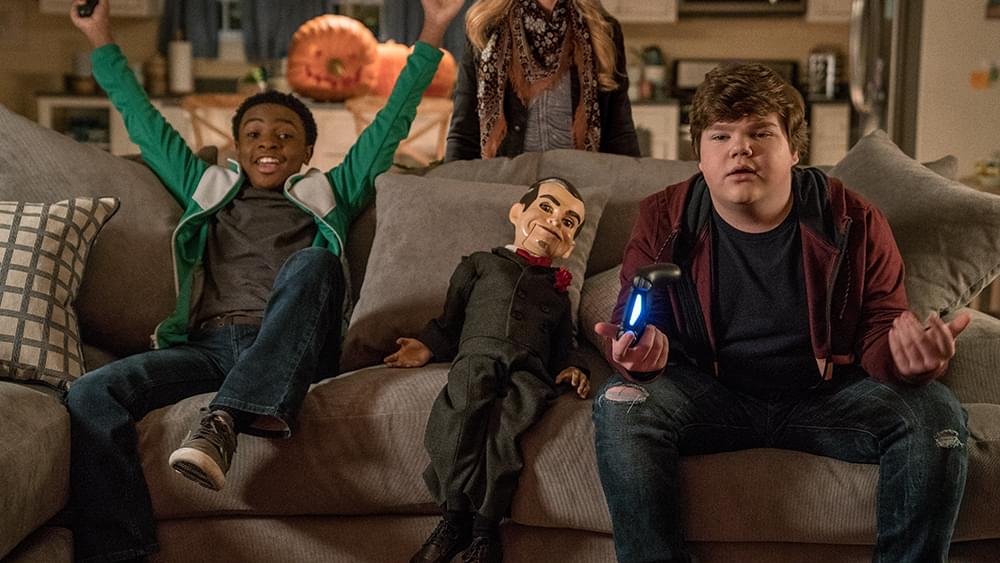 R.L. Stine’s Goosebumps books haunt the silver screen a second time with Goosebumps 2: Haunted Halloween. Sadly, it’s only haunting in the sense that it’s a horrific waste of time. With monsters that are more goofy than scary and a lackluster story, there’s really no reason to head to the multiplex for this.

Set in Wardenclyffe, New York, the story follows Sarah (Madison Iseman), her younger brother Sonny (Jeremy Ray Taylor), and Mr. Slappy, a ventriloquist’s dummy that moves and talks on his own. He desperately wants to belong to their family, though he is, unfortunately, a bit of a maniac.

Surely, it’s a creepy idea for a strange puppet to try to insinuate itself into the family, but the movie fails to follow through with that creepiness, or with any other aspect that might send a chill up the spine. Mr. Slappy’s features aren’t grotesque, and his movements aren’t quite choppy enough to be unsettling. His actions, while mischievous, don’t have the hidden malice that’s needed to cause pangs of fear and alarming concern. There is no reason to be afraid of Mr. Slappy. 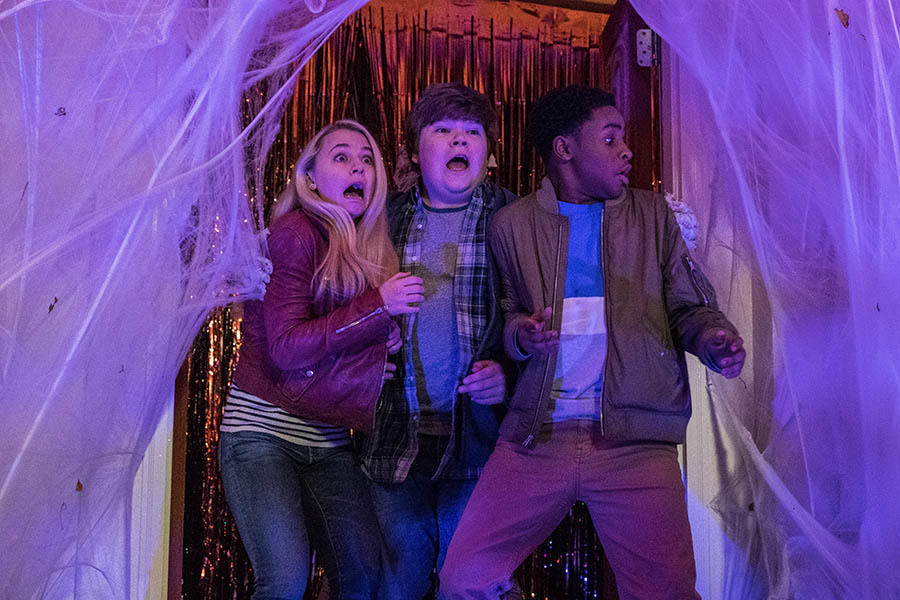 The rest of the monsters that he summons are no better. They cause mayhem, but because they lack menace, they fail to intimidate or strike fear into viewers. It’s partly a fault of the design and questionable choice in supernatural creatures. Gummy bears, for instance, are hardly fearsome. Where are the creepy-crawlies? The slimy tentacles, gross warts, wriggling worms…nothing makes the viewer retch in disgust or hide in fear. The movie also crams in so many spooks that each one is less a frightful entity and more a spectacle in a parade.

The creatures aren’t worth the price of admission, and the story isn’t any better. Yes, the beginning is serviceable—it draws viewers in with relatable scenes like Sonny and his friend evading the school bullies, and what happens to the children’s mother is actually kind of creepy. Unfortunately, the experience is completely diluted by the aforementioned panoply of not-so-spooky creatures and a mismanaged plot. The ending only makes things worse: it grasps at a lesson about facing one’s fears, and it’s a real reach. Without the thematic backing off the story, the lesson is just as shoehorned and awkwardly positioned into the film as the brief appearance of R.L. Stine (Jack Black). The final scene is nothing more than a ham-fisted attempt to keep the series open for future installments.

There are no treats in Goosebumps 2—only tricks, and bad ones at that. The flick fails to deliver any goosebumps to viewers: it’s more of a funhouse that’ll give you an eyeful of spectacle. It’s probably not what most fans of the Goosebumps series want out of a movie like this, but luckily they can turn to the TV series.