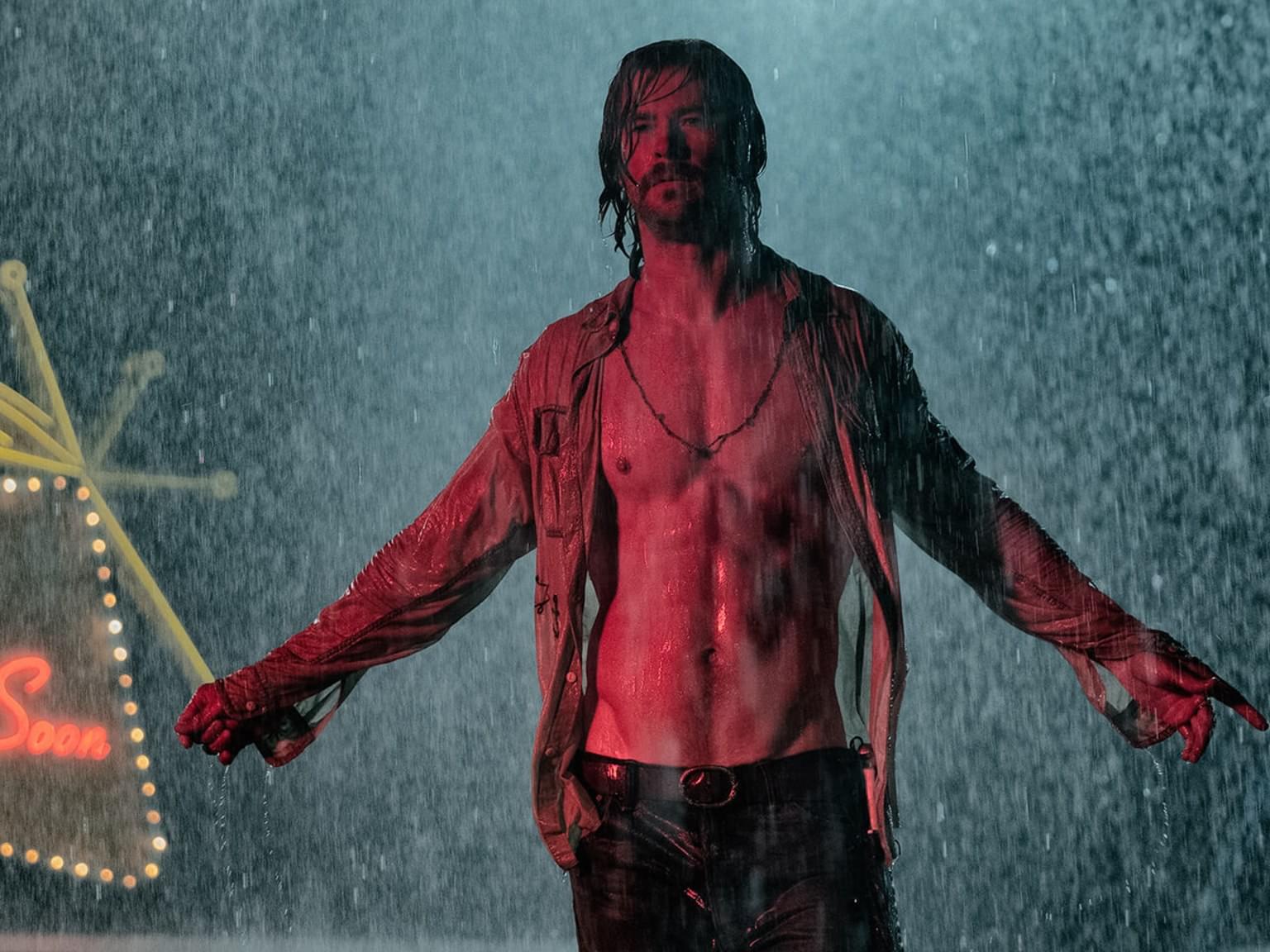 Not many films can demand your full attention for 141-minutes, let alone keep an audience entertained, but Bad Times at the El Royale does both. Set in the late 1960s, Drew Goddard’s mysterious thriller follows the fateful day of 7 strangers, all who have checked in to the wrong place at the wrong time. This Tarantino-esque film focuses on its characters, giving them more than enough intrigue to keep an audience satisfied. Goddard’s script and direction are spots on, allowing his talented cast room to make one of the year’s best thrillers. Only hampered by a few pacing issues, “El Royale” knows how to tell its story, and in the end, it creates more questions than it ever answers.

The El Royale is a unique setting; a once popular novelty hotel, the lodge is split right down the middle by the California and Nevada state line. A hotel that used to be frequented by celebrities and big shots, is now just a low-class budget offering. Owned by a mysterious “management” team, the El Royale is only run by one employee, deeply troubled Miles Miller (Lewis Pullman). Miles is a jack-of-all-trades type employee, who works as desk attendant, concierge, bartender, and everything in between. Traveling musician, Darlene Sweet (Cynthia Erivo), vacuum salesman, Laramie Seymour Sullivan (Jon Hamm) an old priest, Father Daniel Flynn (Jeff Bridges) and a feisty “hippie”, Emily Summerspring (Dakota Johnson), all arrive at the El Royale at the same time. Little did they know what type of night is ahead of them. 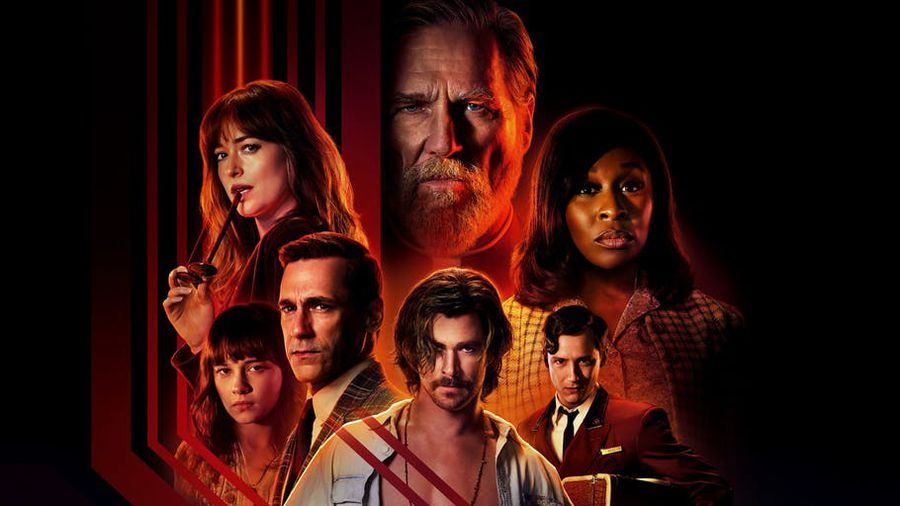 Told in an episodic format, “El Royale” makes the smart choice of letting the characters do the work. Each character carries as much mystery as the last, and each chapter of the film reveals just enough to string the audience along. These people are all troubled, and have all experienced significant events that have led them to the El Royale on this night. Goddard never tries to take over the film with his direction, and his minimalistic approach pays off. By highlighting his characters, and the setting of the hotel (which is a character in itself), the film is able to progress almost effortlessly, with the exception of a few scenes that could have been cut. There are pockets of dull, slow moments, which are meant to build up the tension but seem to run just a bit too long.

The acting in “El Royale” is top-notch, and thankfully so. Goddard needed a cast that could carry a film, and for the most part, everyone does. The only blemish in the cast could have been Johnson’s performance, if only because she felt out of place in some of the most chaotic scenes. Chris Hemsworth, who plays Billy Lee, displays one of his best, and creepiest, performances of his career.

The real star of Bad Times at the El Royale is the El Royale itself. Right from the start, the bi-state establishment seems like a shell of something that used to be great. A miniature ghost town that is clinging on for life. There is a sense of eerie charm that hangs over the El Royale for the duration of the film. It breeds an uncomfortable tension within its guests, which is only amplified as its secrets are uncovered.

Goddard, an already accomplished screenwriter, has proved that 2012’s Cabin in the Woods was no fluke, and he is here to stay as one of cinema’s most interesting directors. Bad Times at the El Royale is one of those films that is worth multiple screenings, just to appreciate a master class in storytelling. The film respects its audience, and never comes off as pretentious or convoluted; it is just plain entertainment.