Movie Review: The Hate U Give 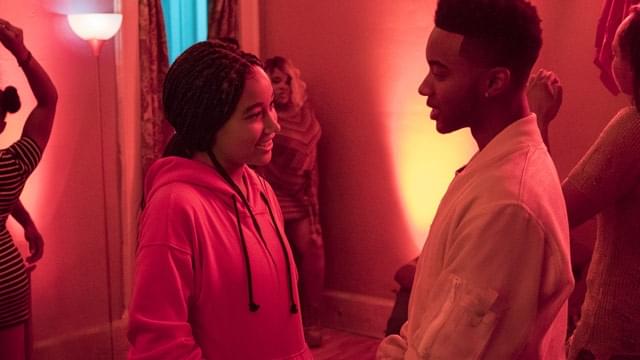 The Hate U Give is a racial drama set against the backdrop of a coming-of-age teen romance. The result is a grab bag of emotions that will take hold of you and allow maybe even make you feel the sentiment behind the Black Lives Matter campaign, fictionally called ‘Just Us For Justice’ in this work.

Amandla Stenberg (The Hunger Games, The Darkest Minds) leads the cast as Starr Carter, a high school teen trapped between two worlds—she literally traverses the boundaries between black and white, as she goes to a mostly Caucasian prep school during the day and then returns to her very sweet family across town in a black neighborhood.

The plot kicks into high gear when Starr goes to a neighborhood party and reconnects with her childhood friend Khalil, played by Algee Smith (Detroit, Earth to Echo). They leave the party to drive home, but they are pulled over as they’re reminiscing. Starr watches helplessly as Khalil is shot and killed by a white police officer who mistakes his hairbrush for a gun. 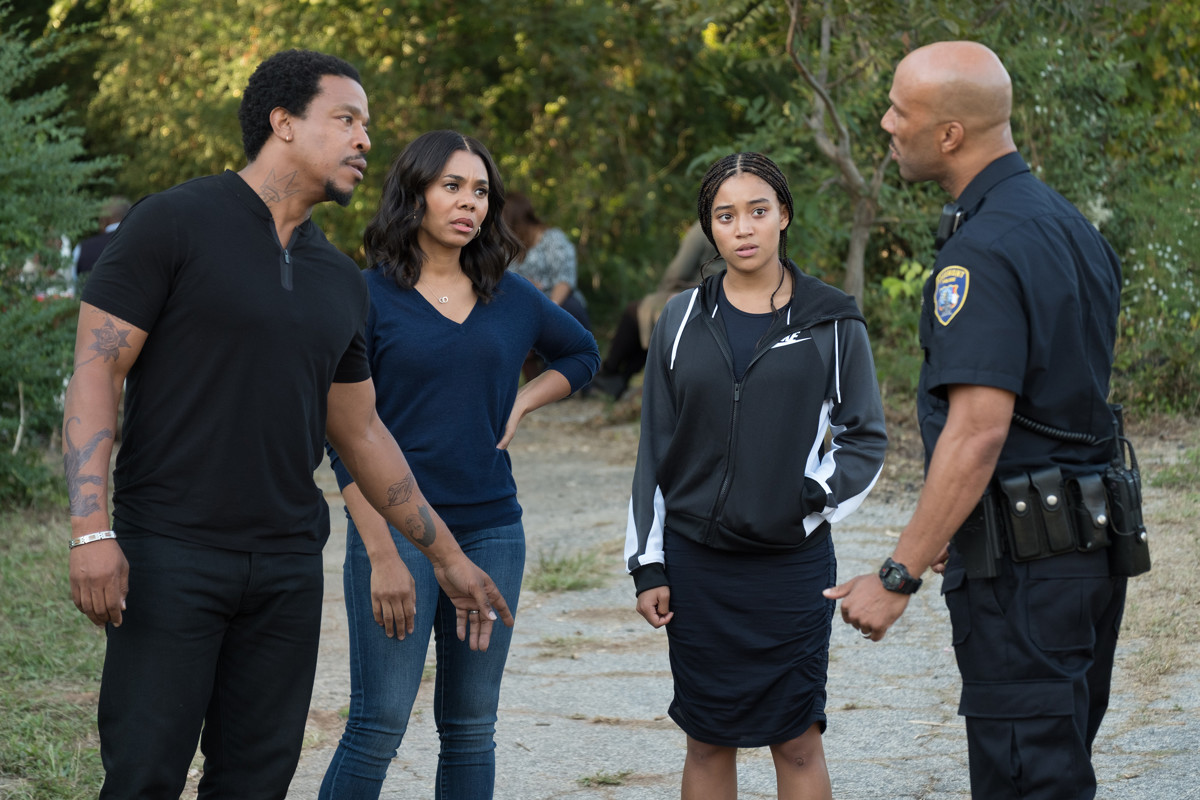 Starr is heartbroken by her loss but reticent to let her two lives crossover. She’s also taken in by a group of activists who show her that she needs to stand up for herself, and for her people.

Russell Hornsby (Fences, After the Sunset) deserves a nod for his loving father role as Maverick Carter. He opens the movie by teaching a young Starr how to properly stay safe when you get pulled over by the police and continues to support her when she is all grown up and ready to find her voice.

Screenwriter Audrey Wells (This Is Us, Notorious) adapted Angie Thomas’ New York Times Bestselling YA novel of the same name and successful fit it into a two-hour, twelve-minute film,—there’s nothing more that could be cut or tweaked. The drama is packed in, and every beat is a solid hit. The story stays focused and never loses sight of the goal, despite a number of bumps in the road.

Director George Tillman Jr. (Notorious, Barbershop) has made a career of crafting stories that help shed light on racism. This may be his strongest film yet, and will definitely reach the widest audience. The PG-13 rating and YA novel draw also create a potentially vast audience that draws from multiple fanbases.

Racial tensions remain high in the U.S., and The Hate U Give is impacted by such tensions in multiple ways. It coincidentally opened on a day when news headlines featured a story in which a white police officer shot a black teen sixteen times until he died. Additionally, actor Kian Lawley was originally cast as Starr’s white boyfriend but was replaced by K.J. Apa and after a YouTube video of him using racial slurs surfaced.

Ultimately, The Hate U Give is not a perfect movie, but the quality of its components, as well as the timeliness of the message, could easily make it a hit with audiences and critics alike.