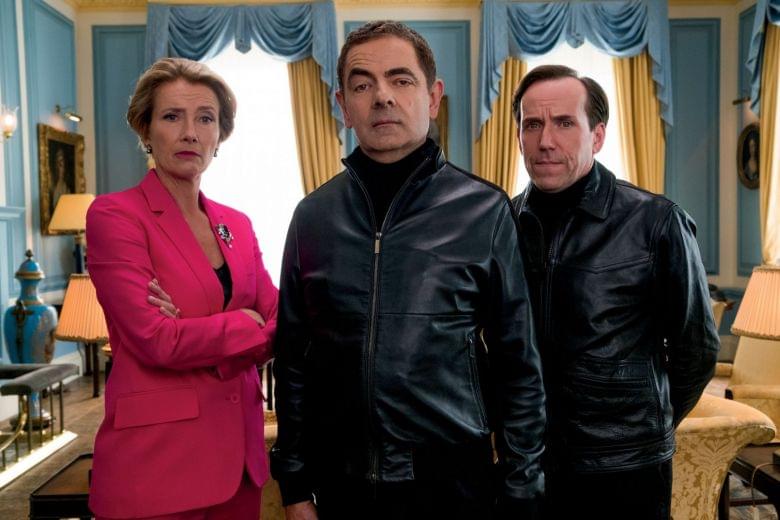 Johnny English Strikes Again is the sequel that no one asked for. Highlighting the quirky antics of British comedian Rowan Atkinson, the James Bond spoof falls flat, only garnering a few chuckles throughout its 88-minute runtime. The main problem is the dull script, penned by William Davies. Director David Kerr was hamstrung by the unintriguing story, and the lack of jokes put all the pressure on Atkinson’s visual comedy, which, unfortunately, is only successful during a few scenes.

London is in trouble, as a new cyber-criminal has hacked into many databases and taken control of vital information. With all current British Intelligence agents on assignment, the Prime Minister (Emma Thompson) must turn to a former agent, Johnny English (Rowan Atkinson). Completely incompetent and unequipped to handle a cyber-crime of this magnitude, English must once again rely on luck to save England. Commissioning the help of trusty sidekick, Bough (Ben Miller), and tip-toeing around the mysterious Ophelia (Olga Kurylenko), English has definitely bitten off more than he was ready to chew. 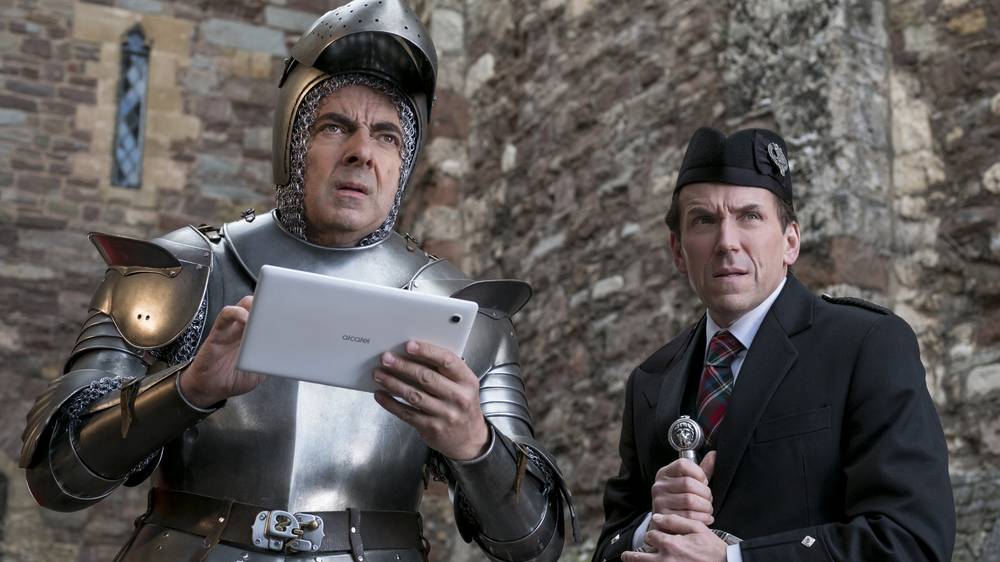 Again, the glaring problem here is an abysmal story. The villain never has a clear motive, the hero seems uninterested, and the rest of the cast are merely fillers. Comedies are usually forgiven for lack of storytelling, but when there is absolutely zero substance, it needs to be mentioned. It even fails to ride the coattails of Atkinson’s highlighted skill, slapstick comedy. Sure, there are a few laughs to be had when English unexpectedly bumps his head or falls off a boat, but these moments are few and far between. It is as if Davies had just watched the most recent James Bond flick, wrote down a checklist of all the things he had to mock, and then included them in the most obvious and unclever fashion.

Kerr does an admirable job trying to reign in the script and highlight Atkinson’s acting, but the finished product comes across as hollow. One, albeit minor, positive of the film was the engaging setting. Some of the cars chase through England and France were visually impressive, as Kerr knows how to use this environment to his advantage.

Johnny English Strikes Again is not the first spy comedy ever made, and it surely won’t be the last. It should, however, be the final entry in the Johnny English universe. The movie has nothing important to say and seems almost forced, eliciting a rare feeling that the cast and crew were just trying to get it over with.