Movie Review: The Nutcracker and the Four Realms 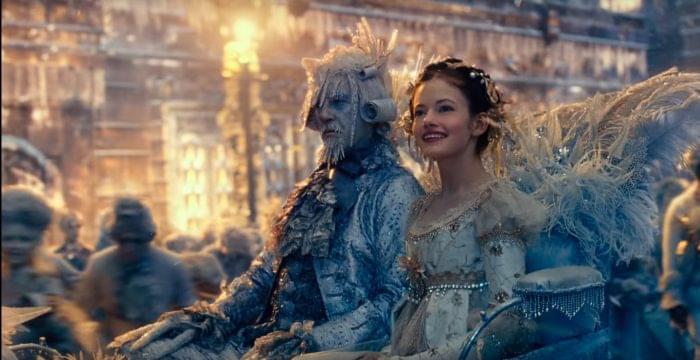 In The Nutcracker and the Four Realms, Disney Studios has once again proven itself to be the reigning master of visually stunning films. Although the film does suffer from a few issues in pacing and direction, it stands as an enjoyable, if not memorable, entry from the studio.

Clara (Mackenzie Foy) receives a puzzling Christmas gift, a handcrafted egg with a complex keyhole, from her recently deceased mother. Upset that she cannot open this precious item, she lacks the desire to attend the annual holiday party of her godfather, Drosselmeyer (Morgan Freeman). However, when she discovers that he created the egg, she changes her mind in hopes that he can help solve the mystery. Following a golden thread meant to lead to this key, she is drawn into a mysterious and magical four-realm world that’s steeped in turmoil. When Clara aligns with three realms to recover her key from the fourth, she and her new friend Phillip (Jayden Fowora-Knight) must rise against everything thrown at them by its tyrant, Mother Ginger (Helen Mirren).

Newcomer Ashleigh Powell does a decent job of providing a story and screenplay that spin a tale, although there are some pacing issues, with some moments that move a little too slowly or a little too quickly and are under-informative. These are brushed aside as the story reaches its stride. Perhaps the elements that could have made it better ended up on the cutting room floor, but the film definitely could have used another ten minutes or so to flesh out a few missing pieces. 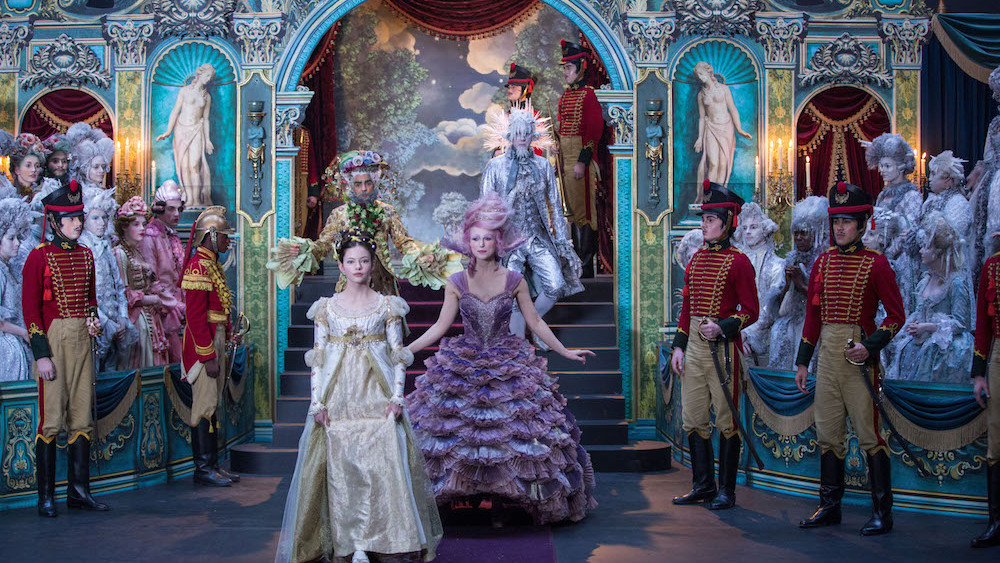 It seems as though one or both of the directors (Lasse Hallström and Joe Johnston) were so concerned with the actors achieving the proper expression that their faces and words become exaggerated. This over-direction gives the impression of watching an actor playing a part, rather than a character living it. The veterans Freeman and Mirren did not bend to this, but the others seemed to have given in. The exception to this not working is Keira Knightley, who gives an excellent performance as Sugar Plum, taking the exaggeration and making it an integral part of the character.

Other than a couple of moments when the camera outpaces the action, the cinematography is grand. It blends well with the successfully ambitious visual design. Add a score that fits the mood of each scene and special effects that mesh almost seamlessly with reality and you have a technical department that has managed to avoid overshadowing both the actors and the story.

In the vein of Maleficent, The Nutcracker and the Four Realms is a nice rebranding of the Nutcracker Suite, paying homage to all its major incarnations. There are a couple of moments that might be frightening for very small children, but the rest of the film will be sure to delight the child in everyone.