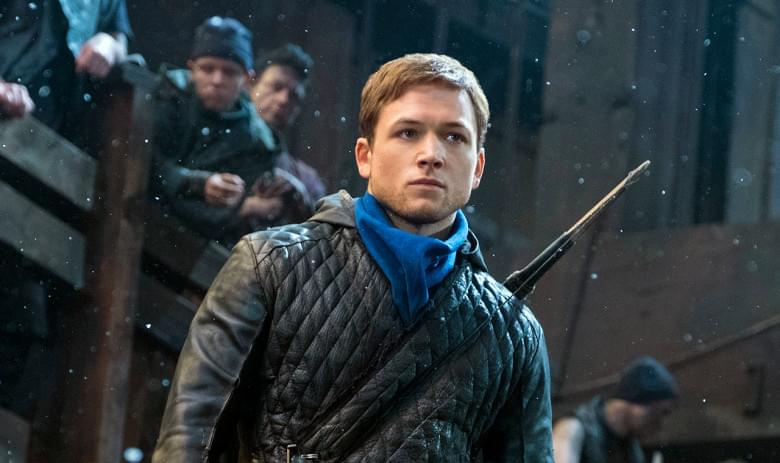 There have been many portrayals of the heroic outlaw Robin Hood, the legendary thief and friend of the commoner who robs from the rich and gives to the poor. Back in 1991, there was the Kevin Costner vehicle Robin Hood: Prince of Thieves. Then in 1993, audiences laughed it up with the comedic musical Robin Hood: Men in Tights. Ridley Scott took the legend and reinterpreted it as a British war drama, placing Russell Crowe in the lead role in 2010.

Those films, each with their own failings, were unsuccessful at achieving mass appeal for various reasons. Bathurst’s production trumps all previous attempts at entertaining moviegoers though. Here, audiences follow Robin of Loxley, played by Taron Egerton of Kingsman fame. The story is set during the Crusades in Medieval England. Writers Ben Chandler and David James Kelly position the hero as a wealthy lord in Nottingham. Lord Loxley catches a thief named Marian (Eve Hewson), who he falls in love with. As fate would have it, he’s drafted to fight in the war right in the middle of his star-swept romance. After four years at war, he returns to Nottingham and discovers that he’s lost the love of his life—who moved on to another man—as well as his considerable estate. Yahya (Jamie Foxx), whose name is translated to the more commonly known John, tracks him down. Together, they conspire to take down the corrupt Sheriff of Nottingham, who has been bleeding the commoners of their money to fund the war machine helmed by the Church of England.

The film wisely avoids delving too deeply into the political or the religious history of the Crusades. It does include just enough of it to drive the story though. Interestingly enough, the story draws parallels to Christopher Nolan’s Batman trilogy. For instance, astute viewers will notice the theme of the masked outlaw who champions the people in a time of dire need, as well as the need for symbols that are strong enough to incite action. The film also makes mention of the relationship between power and money—surely relevant in any capitalistic society. It spares audiences from delving into debates about money, religion or politics, however, and instead focuses on entertaining audiences. 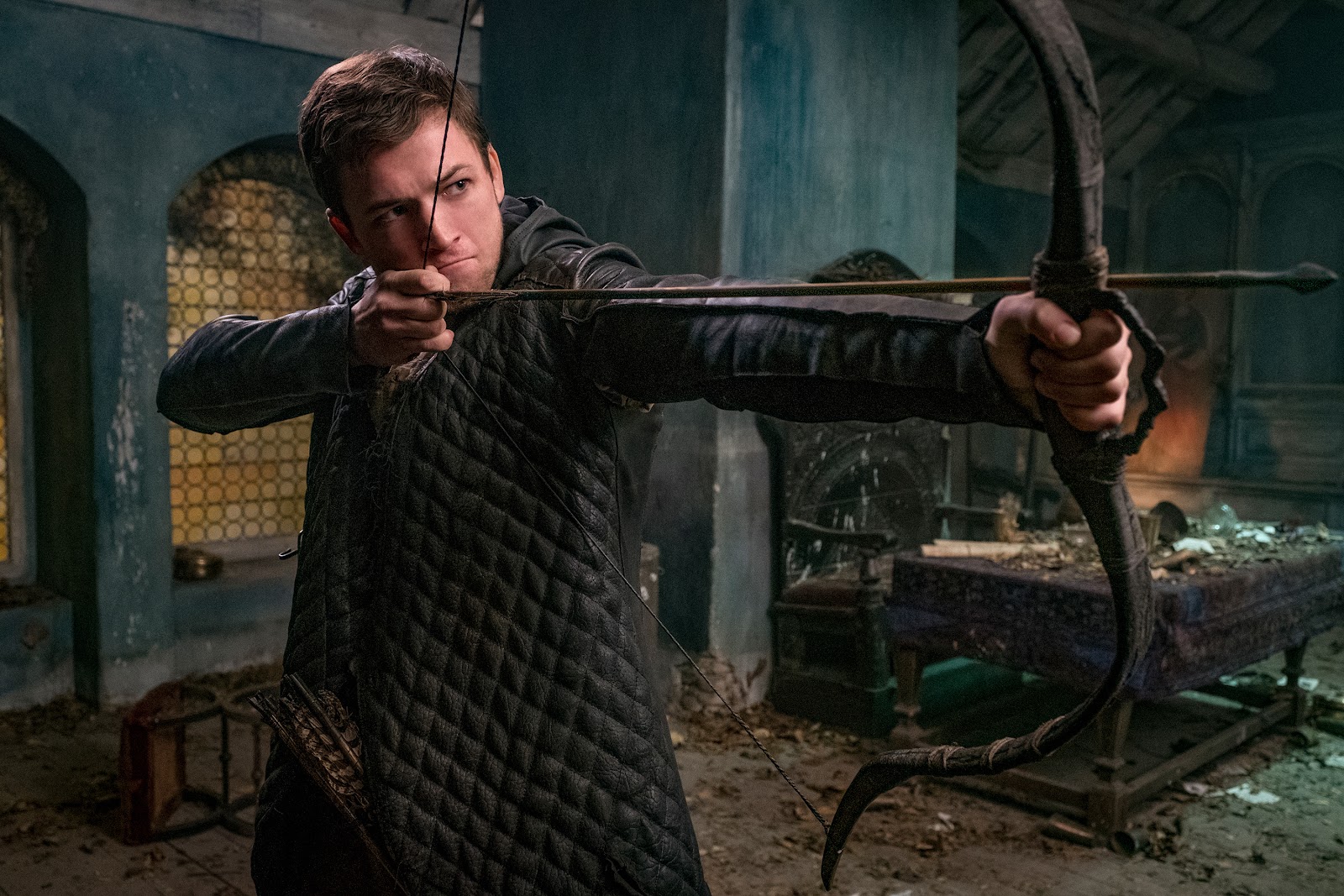 And entertain it does. Never before have we seen medieval combat portrayed with such intensity. Bathurst’s opening combat scene, set in Arabia, is expertly crafted. Did medieval archers really conduct close quarters combat in an urban environment just as the U.S. Marines did in Iraq? It doesn’t matter. The action is gripping. The archers hold their bows and arrows like carbine rifles.  Their cuirasses evoke modern day body armor, and their tunics are colored like desert camo battle dress uniforms. They move from cover to cover, dodging balcony ambushes and machine gun-like siege weapons. Utterly enthralling.

This combat scene is a testament to the viewer that Bathurst is in full control of the film. But that’s not all. The world is expressed with richness and attention to detail. It’s almost as if audiences can feel the grit of the stone walls, even the roughness of the broadcloth that clothe the commoners. The wardrobes are expertly styled too, with each character sporting a distinct way of dress. It’s abundantly clear that no detail went unexamined—the cut, color, and texture of the clothes is impressively well-considered.

The actors that inhabit this richly detailed world put on a worthy show too. Egerton’s performance is winsome, and Jamie Foxx plays the hard-riding mentor well here too. In fact, Foxx charges the air with a brooding intensity that’s unforgettable—perhaps one of his more exciting roles as of late. And let’s not forget Ben Mendelsohn. Playing the villainous Sheriff of Nottingham, he adds complexity to what could easily have been a flat character.

There’s no doubt about it. Bathurst does for Robin Hood what Baz Luhrmann did for Romeo + Juliet. His execution of Robin Hood is absolutely the strongest and most compelling envisioning of the centuries-old tale to date. A must-see for any and all who seek to be entertained.