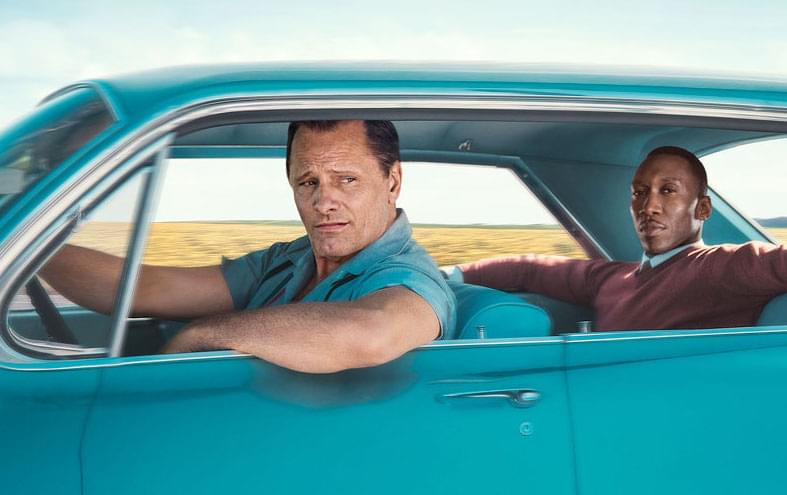 The Negro Motorist Green Book was published to help guide African-American travelers as they traveled the South during the Jim Crow era. A survival guide for dodging hate crimes is unlikely source material for a buddy-comedy road trip story, but Peter Farrelly’s Green Book defies the odds. Based on a true story, Green Book chronicles a road trip and budding friendship that develops when an out of work Italian bouncer takes a job chauffeuring Dr. Don Shirley, a black piano virtuoso and New York City socialite.

Shirley is masterfully played by Mahershala Ali (Moonlight, House of Cards), who brings a much-needed subtlety to the role as a man convicted in his beliefs that he must bring his genius to all of America as a musical ambassador, while managing to try fast food for the first time, because this is what happens on road trips. 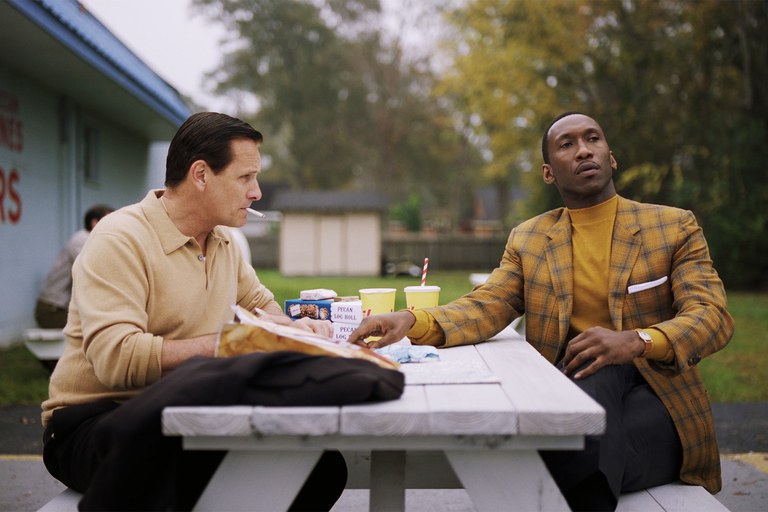 His counterpart is Tony “Lip” Vallelonga, played by Viggo Mortensen (Captain Fantastic, Eastern Promises) who packed on weight for the role. Known for being a serious bruiser in many of his films, he brings an air of authenticity to Tony’s no-nonsense attitude when it comes to getting things done. He learns to appreciate classical and jazz music as he tours venues that would otherwise have been foreign to him.

The clear social and class divide between these two men is apparent, and their professional relationship gets off to a rocky start. Tony is none too thrilled to be subservient to a black man, while Don would be much happier to have hired a black driver if he didn’t need the color of Tony’s skin to help get them through the tour safely.

Despite the racial violence of their era, Green Book mostly steers clear of depicting the shocking brutality we know was lurking throughout the country, as depicted in recent films like Mudbound and Detroit. Farrelly often underscores the more tense scenes with a dose of humor, making for an easier ride across what could have been a very bumpy countryside.

One of the most unlikely aspects of Green Book, is that Farrelly’s past work has been more in the gross-out, low-brow humor department (There’s Something About Mary, Dumb and Dumber). Though he’s showed us that he can deliver more serious material with his recent TV series Loudermilk he brings an older, more refined version of himself to the comedy here.

Farrelly allows the organic chemistry between the actors to bring forth a great deal of the laughs. Teaming up with Tony Vallelonga’s son, Nick Vallelonga, and Brian Currie (Armageddon, Con Air) to write the script, we bear witness to a radical shift in one northern white man’s perspective on how black people really are, and how they were treated in the 1960’s.

Green Book works on many levels to tell a great story without spoon-feeding a message; Farrelly’s lighthearted instincts bring a gentle touch to what could have been a very serious drama, letting his two Oscar-caliber leads carry the film on the strength of their banter and charisma.