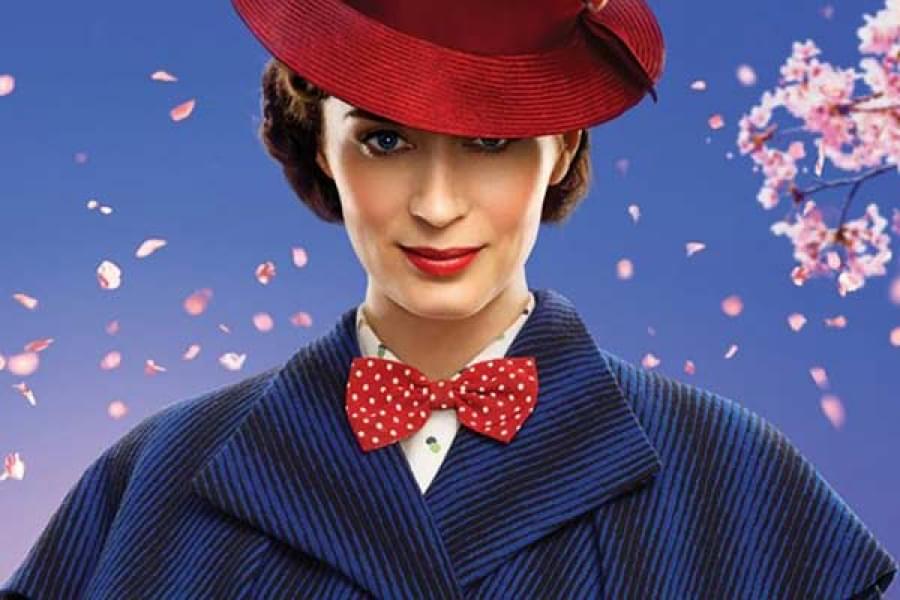 It’s high time for a jolly holiday with Mary; at least, that’s the ambition of Mary Poppins Returns, as it strives for the original’s magical qualities, but falls short in ways that are hard to overlook.

In the 1964 Mary Poppins—based on the book by P.L. Travers—Julie Andrews sang and danced her way into children’s hearts as the magical nanny. With an authoritative parenting style, she was as firm as an army general, yet gentle and kind with the Banks children.

Now, the children have grown adults. Michael (Ben Whishaw) has a family of his own, who he’s raising in his childhood home at 17 Cherry Tree Lane. His sister Jane (Emily Mortimer), on the other hand, is still single, while Michael has suffered the loss of his wife. Along with the financial strain of The Great Slump in the 1930s, he and his three children are in desperate need of saving. 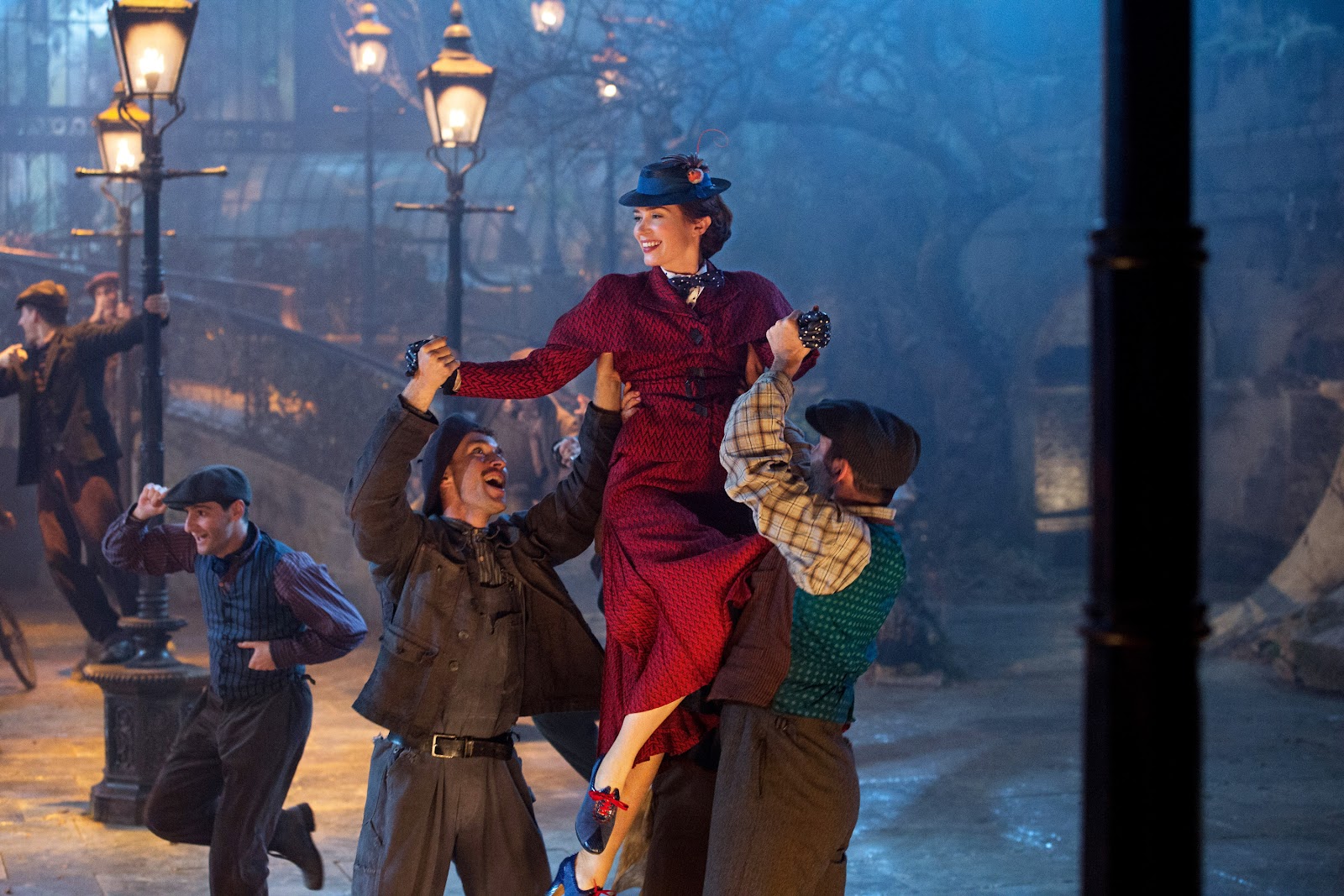 Enter Mary Poppins. Played by Emily Blunt, the fantastic nanny returns to lend a much-needed helping hand to the Banks family. But there’s something that isn’t quite right about Mary Poppins’ new incarnation. Blunt makes an admirable attempt to recapture and evoke Andrews’ remarkable performance—gigantic shoes to fill, to be sure. Part of Mary Poppins’ character is her sharp tongue and stern demeanor, and Blunt conveys this well enough. However, it’s the kindness that belies Poppins’ almost noble mien that’s missing. In Andrews’ performance, there’s a kindly look that lingers on her face even as her prim and precise commands and gestures bring the world and the children into efficient order. Blunt’s performance denies us that knowing twinkle, and her Mary Poppins arrives with a slightly mean edge.

The central attraction of the original film was its abundance of iconic song and dance numbers, like “A Spoonful of Sugar,” “Chim Chim Cher-ee,” and “Supercalifragilisticexpialidocious.” And who can forget when Mary Poppins, high above the streets of London, marched up a set of stairs made of black chimney smoke?

The sequel delivers far fewer memorable moments or catchy tunes. At times, songs are quietly woven into the narrative with neither ceremony nor dance, but the film is at its finest when it returns to the spectacle that made the original so delightful. When the movie hits on the magical combination of song, music, and dance, it manages to transport viewers into its storybook world. It’s wonderful to see a return to the old-fashioned mixture of live-action film and hand-drawn animation, such as when Mary Poppins and company travel to the Royal Doulton Music Hall.

But the enchanted quality of the journey is ruined once it transitions into Mary Poppins’ stage performance, in which we inexplicably witness her transformation from a proper British nanny into a sassy burlesque dancer. This tonal dissonance might be explained by the fact that it’s a nightmare (and it’s a nightmare indeed), but the film could’ve easily done without it. Rounding out the failures is the climactic Big Ben scene, which manages to take the magic out of turning back time, turning what could’ve been an imaginative moment into an engineering exercise in nuts and bolts.

Ultimately, Mary Poppins Returns takes its dandy time returning to the child-like wonderment and joy of its predecessor. Only late into the movie does Blunt begin to approach Andrews’ performance; and similarly, it’s mostly in the film’s closing moments in the park where viewers are treated to a wonderfully colorful, bubbly storybook feeling of delight. Given all the time that the movie asks of its viewers, it’s hard to recommend the movie when moviegoers can just watch the original.