Rampage is based on a classic 1980s video game, which is a pretty gory action/adventure movie with some genuine gross-out moments. It will likely appeal to many tweens and teens thanks to star Dwayne "The Rock" Johnson, who plays a renowned primatologist with an unusually close bond to a gorilla named George. A rogue genetic experiment (bolstered by an evil corporate lab) causes George and two other animals to grow to multiple times their size and strength; they then start rampaging through cities, causing massive destruction and casualties. 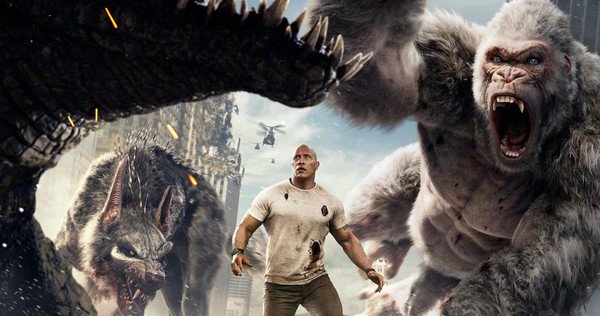 Based on a classic 1980s arcade game, RAMPAGE tells the story of what happens when genetic modification research conducted in space crashes into Earth and alters the DNA of three animals: a gorilla in a California wildlife center, a wolf in Wyoming, and a crocodile in Florida. The gorilla, called George, has a special bond with primatologist Davis Okoye (Dwayne Johnson), with whom he communicates via sign language. So when George grows substantially in size and strength overnight, Davis knows something is wrong. He confirms this strangeness when lab scientist Dr. Kate Caldwell (Naomie Harris) arrives at the zoo and explains that the changes must be tied to research she did at her former lab, which is currently being run by greedy, downright evil siblings Claire (Malin Ackerman) and Brett (Jake Lacy) Wyden. Government agent Harvey Russell (Jeffrey Dean Morgan) shows up to take control, but things get truly horrific after the Wydens emit a powerful frequency to attract George and the supersized wolf and crocodile to the Wyden Labs headquarters in Chicago. Davis and Kate follow the animals' path in hopes of finding a cure that will stop the giant animals, rescue George, and save humanity from the huge, rampaging predators. 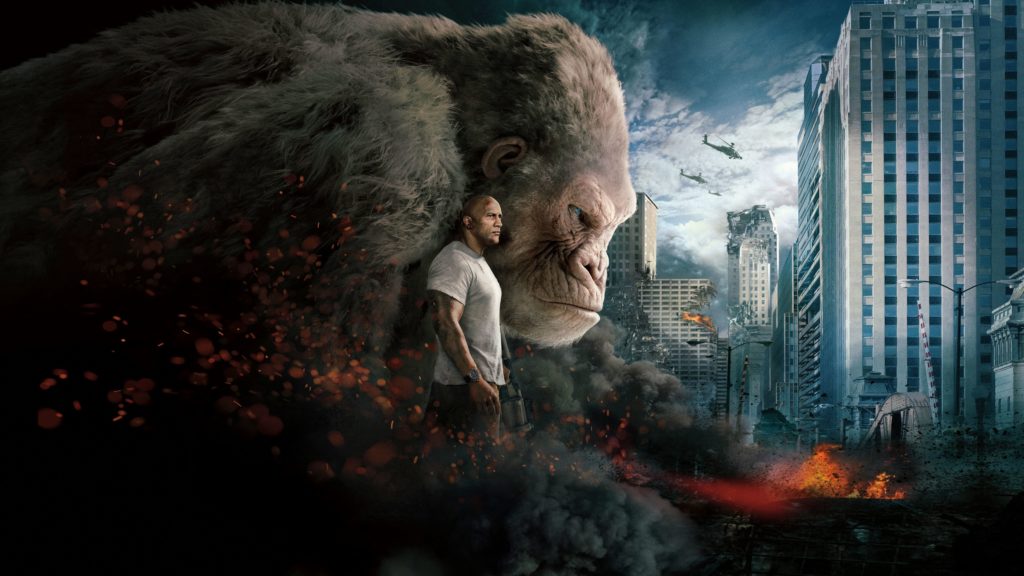 Even the immensely likable Johnson can't save this video game-based adventure from its laughable premise and ridiculous dialogue. Johnson's character is downright invincible in Rampage including actual gunshots that you can't help but giggle aloud whenever he looks "injured." It's impossible to take anything in the film seriously when everyone is a "type." The Wydens are so unambiguously evil that you almost expect them to have monocles, top hats, and mustaches to twirl as they cackle maniacally.

Despite Rampage's many flaws, we won't even speak of the made-up science, there's a certain amount of amusement in watching Johnson win at pretty much everything he does. He's nearly as much of a giant on screen as George the gorilla, and anyone who isn't entertained by The Rock's presence likely wouldn't see this movie in the first place. As a fan, it's never a complete waste of time to watch him do his heroic thing, but it's also not necessary to support such a violent, unimaginative, unremarkable action film.