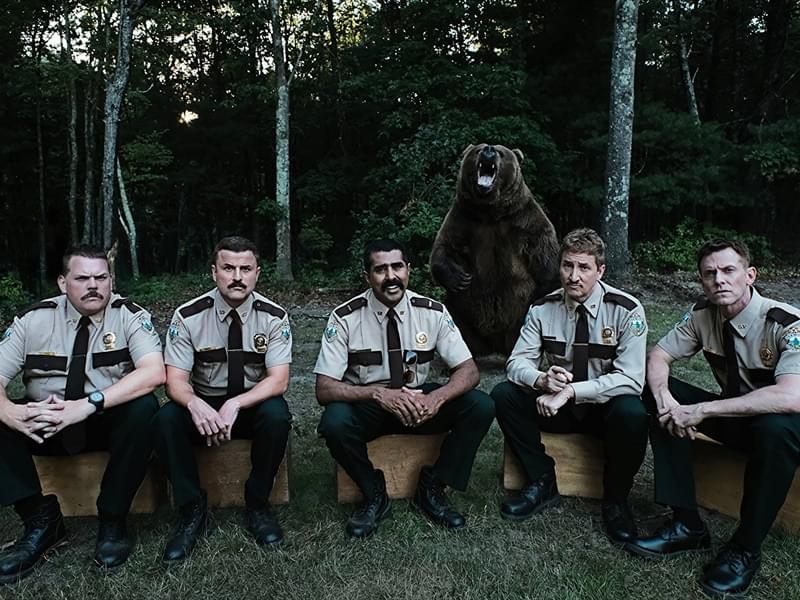 The good-time highway cops (played by members of the Broken Lizard comedy troupe, with Brian Cox as their boss) who were forced to become local cops at the end of the original Super Troopers have since managed to lose those jobs, too, at the start of SUPER TROOPERS 2. Hungering to get their badges, guns, and wheels back, they eagerly accept an assignment from the Vermont governor (Lynda Carter) to form an ad-hoc police unit in a small town on the Vermont-Canada border that's switching over to U.S. control. They aren't exactly welcomed by the surprisingly unfriendly neighbors to the north, including the massive Mounties they're displacing. They uncover a smuggling operation, but to crack the case, they have to figure out who's on their side: the Mounties, the mayor (Rob Lowe), and/or a smart local beauty (Emmanuelle Chriqui). 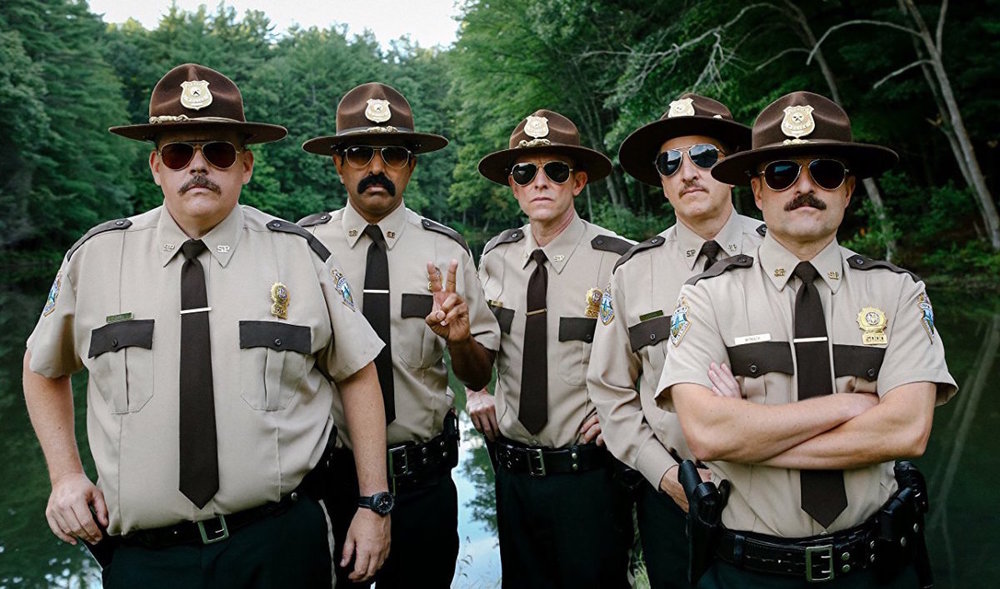 This funny sequel is a major step up, cinematically, from the original, and it has an unusually interesting premise for a "gonzo stoner" comedy. All the sex-drugs-and-rock-and-roll humor that fans will be expecting from Super Troopers 2 is here, including the cops testing the illicit drugs on themselves and the use of a (hopefully prosthetic) penis to demonstrate how chill Canadian sex laws are. The Broken Lizard players (director Jay Chandrasekhar, Kevin Heffernan, Steve Lemme, Paul Soter, Erik Stolhanske), who also wrote the film, are all completely settled into their roles as the prank-and-party-first cops. There's a familiarity that makes the jokes feel more comfortable even when they involve, say, forcibly shaving a friend's pubis.

The story beats are familiar, too: The gang of likable screw-ups feuds with local law enforcement stumbles across a smuggling operation and bungles its way to a showdown (while a mediocre dude romances a gal who's out of his league). While the movie is rooted in an interesting enforced-immigration scenario, things never get too topical -- there's plenty of fish-out-of-water humor and Canadians-actually-hate-Americans gags as well. It's a festival of stereotype-on-stereotype violence as the Mountie's feud with the Yankees; many gags pay off handsomely.

The budget is bigger this time, so there are more explosions and other gonzo stuff compared to the original; it's a slicker enterprise in terms of its technical filmmaking.  On the notable downside, there's a sexist running gag in which a male character takes female hormones and assumes stereotypically negative "female" traits (extreme emotionality, inability to drive well). Whether that's sufficiently balanced by the strong female characters and the general air of stupidity hanging over pretty much everyone else will be up to viewers. But on balance, Super Troopers 2 isn't just a worthy sequel to the 2001 cult hit; it's an improvement.